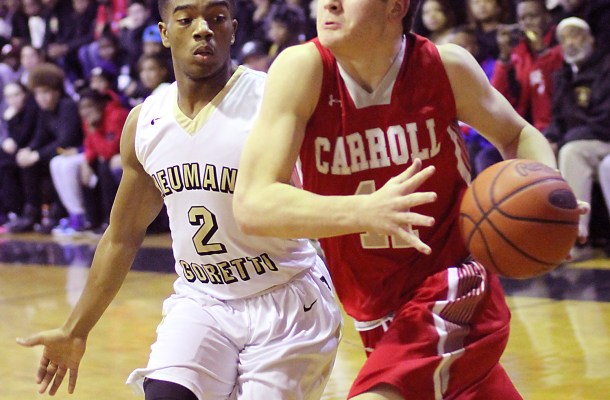 In the swirl of recruit-rating stars and blue-chippers that has defined Neumann-Goretti’s storied program for the last decade-plus, it’s easy for a senior guard with just two Division I offers to fly under the radar.

Friday afternoon, though, there was no underestimating Rasheed Browne.

Browne scored 20 points, including three second-half 3-pointers, to distance Neumann-Goretti from Archbishop Carroll in a 98-75 win.

On a Saints team with well-known weapons like Zane Martin, Quade Green and Vaughn Covington, opponents may overlook the shooting threat posed by Browne, more known for his defensive tenacity.

But on an afternoon where defense more or less went out the window and Browne was saddled with early foul trouble, he had to find other ways to contribute.