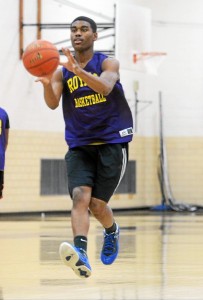 With the way some pundits talked about the Central League last year, you could have sworn it was the redheaded stepchild of District One. People were quick to bury the league for having its teams beat up on each other night-in and night-out, saying it was a sign of weakness.

Funny thing about that, though. Not many leagues were able to place three teams in the PIAA Class AAAA tournament and come out with a champion. And guess what? It’s likely to be more of the same this year.

Everyone is chasing newly-minted state champ Lower Merion, and Conestoga is the consensus favorite to challenge the Aces, but there’s a heck of a lot of depth in the league this year. Gimmes are few and far between, so you’d better bring your best.

(click on the logo to link to the article)

← Tilghman, Carroll ready to play role of favorites
McCaffery: At Chester, a tougher act than ever to follow →