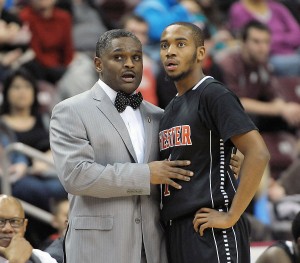 As the Delaware County high school basketball season begins, there is one certainty: It will not end as suddenly and as shockingly as the last one.

Larry Yarbray, the coach at Chester High, the sitting Delaware County Sports Figure of the Year, knows that. He realized that when he took one last look over his shoulder at the goings-on last March, when it was the Aces of Lower Merion retrieving the Giant Center nets as souvenirs from their state-championship victory in Hershey. He accepted that before boarding the team bus for the ride home. He digested it all summer.

“I couldn’t be mad,’ Yarbray said. “That night was Lower Merion’s night.’

(click on the logo to link to the full article)