The shots continued to fall for Marple Newtown Tuesday night. A fourth straight win came with them.

The Tigers (8-5, 8-5 Central) led by 12 after one quarter and held off a game Upper Darby effort. Owen Mathes posted a double-double of 10 points and 13 rebounds. Eric McKee added seven points and eight boards.

HAVERFORD 47, RADNOR 44 >> John Seidman scored 14 points as the Fords prevailed. Haverford (8-4, 8-4) led by eight after one quarter only to see Radnor tie it at halftime. Radnor led by two after three frames. 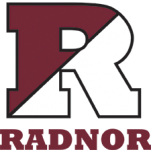 Lew Robinson celebrated Senior Day by hitting a milestone, but Marple Newtown got the final say.

Radnor High’s Robinson hit the 1,000-point mark for his career Monday night, but the Tigers earned a 58- 54 victory for their third straight win.

Robinson scored 10 points to get to four figures. He’s the first Radnor 1,000-point scorer since Glenn Washington in 2006.

Eric McKee scored a game-high 23 points to lead Marple Newtown. The Tigers had 15 assists on 20 made baskets, continuing a recent trend. Mike Tansey led the way with five dimes. 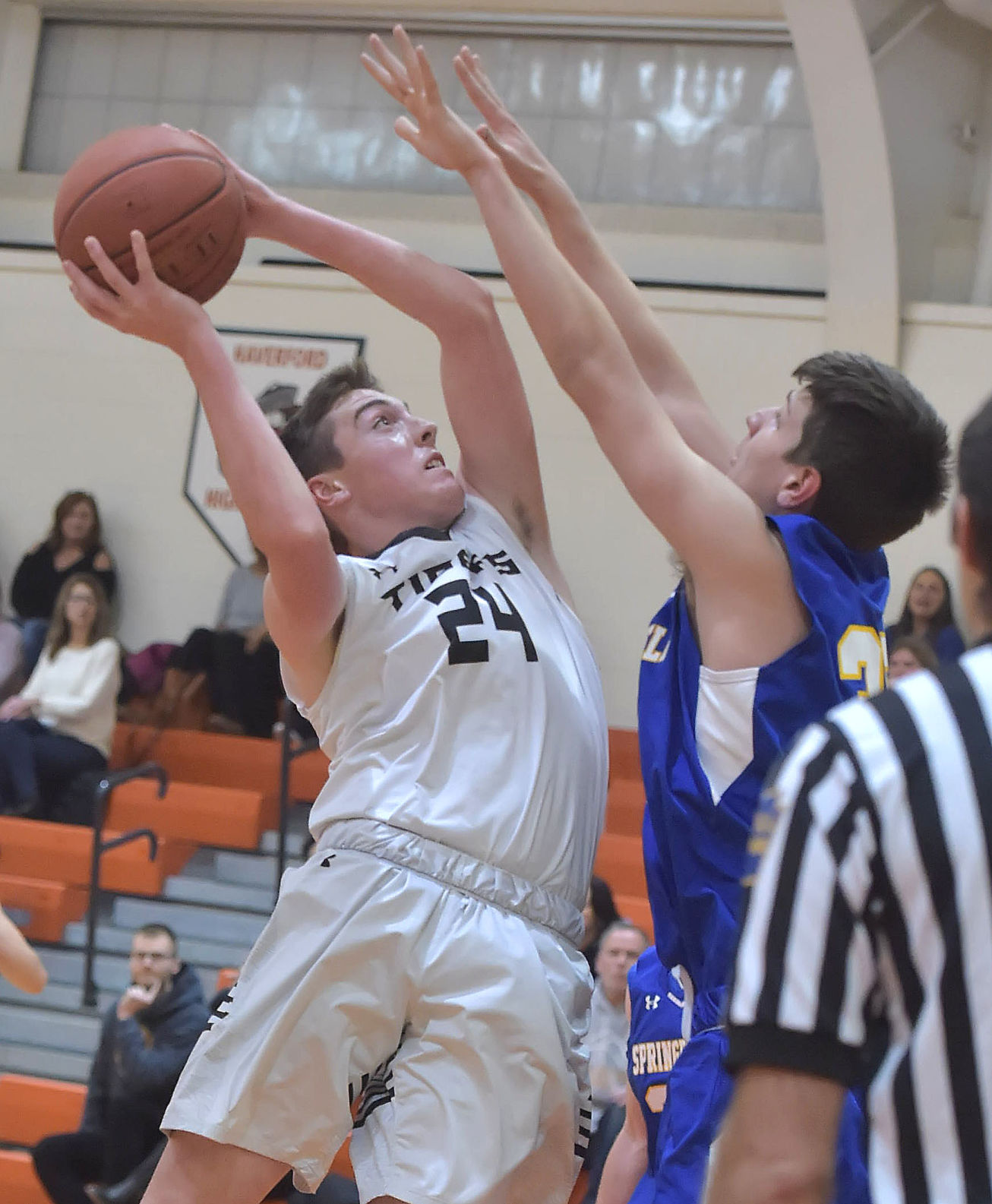 Ryan Straub apologizes for the cliché, though that doesn’t diminish its truth.

A season ago, Marple Newtown lived and died by its 3-point shooting, all the way to a first-round districts exit. This season, the 3 still looms large. But it’s more about how the ball gets there.

“We preach passing up a good shot for a great shot,” Straub said. “It’s kind of a clichéd saying, but we really preach that and we trust it and rely on our teammates.”

Twice in less than 24 hours, its paid off, the latest a 52-38 win over Ridley Saturday, led by 15 points from Straub and exemplary ball movement all around.

That victory followed a 73-62 win over Lower Merion Friday, the Tigers’ first over the Aces in 11 years. Any concerns of a letdown went out the window in about three minutes, with Straub and Owen Mathes splashing home open 3-pointers. The Tigers (6-5, 6-5 Central) led by nine points after one quarter and by 15 at the half.

Karell Watkins celebrated with the “Game Ball” in his locker as his 30-point, 19 rebound performance led the Clippers (6-1) to the easy win over the visiting Bartram Braves, 72-34. His 19 rebounds give him a career total of 702 rebounds becoming just the third member of the 700 club at the high since records have been maintained beginning in the 1992-1993 season. He surpassed Russell Johnson (693) and is three shy of Rahlir Jefferson (705) both members of the 2008 State Championship team. Rondae Hollis-Jefferson sits atop the list with 780 rebounds. Watkins was dominate at both ends of the court finishing the contest with 2 assists, 1 blocked shot and a career high 4 steals. Congratulations on a job well done.
With the Clippers hitting from the outside in the opening 8 minutes, Jameel Burton Jr knocked down a couple jumpers and Qadir Lowrie connecting on a trey, it opened the lanes for Watkins to go to work producing 8 points. The Clippers were 3 of 4 from the free-throw line for their 18 points. Chester – 18, Bartram – 13.
(click on this link for the full story)

Eric McKee poured in 19 points for the Tigers, who had 14 assists on 21 made baskets. Owen Mathes netted 18 points for MN. 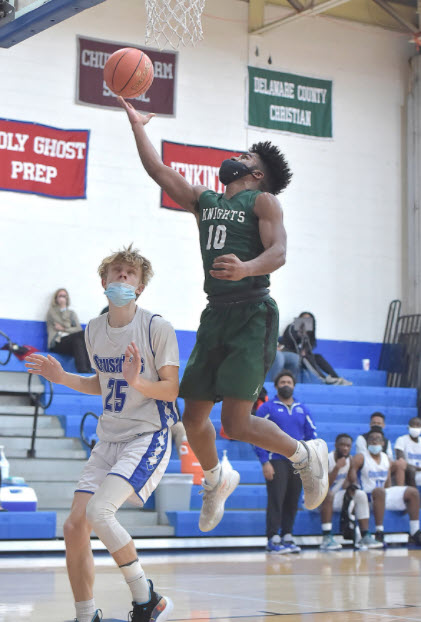 The call from the Delco Christian bench, time and again in the second half, was “whatever you want.”

Less a set play than a verbal shot of confidence from coach Reggie Parks, the instruction to his players was to read and react. To junior guards Josh Parks and Earle Greer in particular, the aim was clear: Follow your instincts, and run the floor.

Whatever they wanted was what Delco Christian got in the second half, overturning a halftime deficit at The Christian Academy on the way to a 68-56 victory over the Crusaders.

The surge was built on a 22-7 edge in the third quarter, with Parks scoring 10 points in the frame.

“It’s nice because I know he has trust in me,” Josh Parks said of Reggie, who is both coach and father. “He’s been our coach for a while. And also the trust of my teammates, because they know I’m not going to do anything stupid. It’s good to take their trust and make something out of it.”

Chester rebounded from its loss to Imhotep with a 55-51 victory over Del Val League foe Penn Wood Patriots. Senior point guard Fareed Burton Jr led the way with five rebounds and a game high 22 points. The Burton cousins, Fareed and Jameel, combined to score 9 of Chester’s 13 first quarter points scoring 5 and 4 respectively. Jameel also scored in double figures with 13 points and filled the stat sheet with 5 steals, 3 rebounds, 2 assists and 1 blocked shot. Junior Isaiah Freeman and senior Karell Watkins each scored a bucket to give the Clippers a 13-7 advantage at the end of the first quarter.

The Lions had effectively bunkered in a 1-3-1 zone the entire afternoon. With leading shooter Davon Stovall missing his first seven looks, the chances of shooting out of the zone looked slim. So how could the Sabers, who trailed by as many as five in the fourth quarter, diagram their way out?

The answer involved a heady and mature fourth-quarter performance, the kind increasingly produced by a program growing into itself, on the way to a 44-38 nonleague win for CCSA against the team directly ahead of it in the District 1 Class A standings.

After going down 29-24 on the first possession of the fourth, Chester Charter (6-5) rattled off a 10-0 run. It was punctuated by a Stovall 3-pointer, his second in shaking the slow start. But the key that turned the lock was back-to-back buckets by Jaquan Fisher on the baseline, fed by Zach Martin exploiting the zone’s soft spot at the free-throw line.

It may feel like the winter scholastic sports season has just begun. Nevertheless, its postseason is upon us.

The structure of the District 1 basketball playoffs fully came to light last week.

The delayed season due to the COVID-19 pandemic and subsequent fallout has forced significant changes on the postseason picture.

Here is the basketball look at the postseason for District 1:

The basketball postseason will follow the same format used in team sports in the fall with only district champions advancing to the PIAA tournament. It’s a drastic change for District 1, especially in Class 6A where 11 girls and 10 boys teams advanced last year.

The single-elimination postseason will begin on March 6 or later. Fields will be set on March 3. The modified District 1 tournament will feature 20 qualifiers in Class 6A and 10 in 5A. In 4A, two boys and four girls teams will qualify.

The boys and girls District 1 champions will begin at various round of their respective PIAA tournaments. PIAA Class 4A-6A championship games will take place March 25-27 at Giant Center in Hershey.