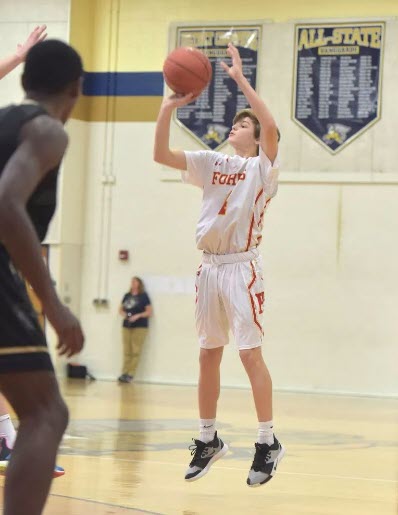 The Vanguards’ gadget defenses bottled up Haverford leading scorer John Seidman. Their conscientious close-outs of shooters limited the Fords to three makes on 21 attempts beyond the arc. It was exactly what coach Steve Maloney drew up.

So when a different Seidman stepped up to torch the Vanguards in the fourth, there was little Maloney could do but tip his cap.

Younger brother Googie Seidman, a freshman, buried three 3-pointers in the final quarter as the Fords rallied to a 52-45 win in the final of the Vanguard Tip-Off Tournament.

The younger Seidman fueled a 19-2 run for the Fords, who trailed 28-23 midway through the third. His first two triples came off feeds from John, designed plays for the freshman to pop behind the arc opposite the ball screen John dribbled through.