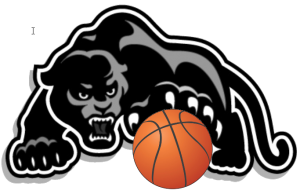 There was a point late in the summer that Cooper Driscoll really worried about his senior season being an enjoyable one.

Strath Haven’s boys basketball team’s offseason was basically non-existent. The majority of the dozen-or-so players slated to make up the varsity roster were multi-sport athletes, who spent the spring and summer months playing lacrosse, or running track.

In the fall, when the Haven students returned to school, they encountered another problem: head coach Dave McFadden resigned in early September after two seasons, wanting to spend more time with his family. So there were no official open gym workouts that first month of school, only some individual work put in by a few members of the team.

The Panthers were quite behind, and Driscoll was nervous.

“We came in with a losing attitude in the beginning of the year,” he said, “and I was really afraid we were going to suck for the whole season.”

Saving the day was a man very familiar with Strath Haven basketball.

Webmaster’s note:  Penncrest vs Strath Haven is our first Game-of-the-Week broadcast on December 15th.  If you can’t make the game you can listen to it LIVE right here on Delcohoops.com!