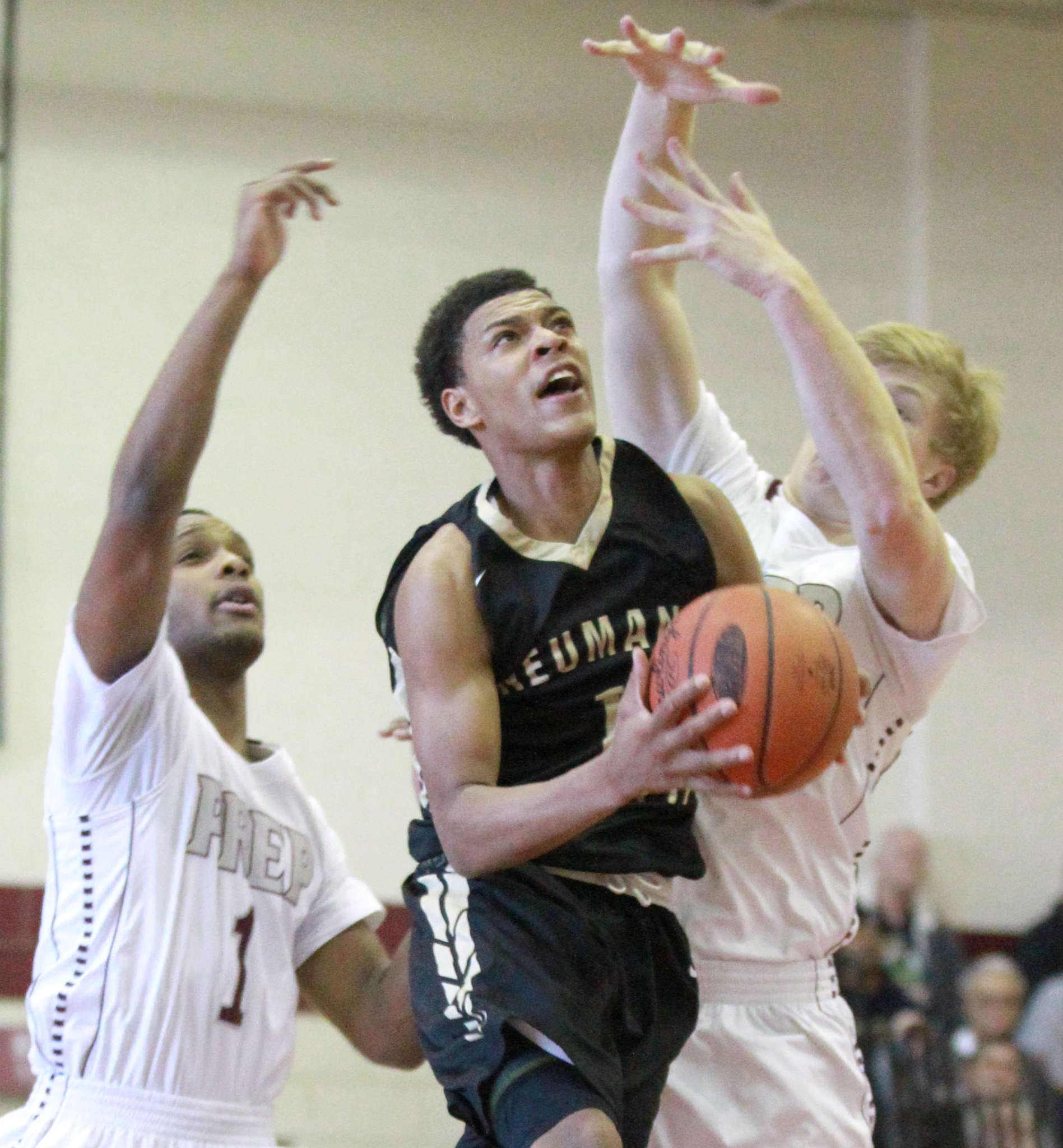 A No. 1 vs. No. 2 boys’ basketball matchup is on tap in South Philly for the second time in less than three weeks. Weather permitting, that is.

In a Catholic League showdown that was moved up two hours because of the projected snowstorm, Archbishop Carroll, ranked No. 2 in Southeastern Pennsylvania by The Inquirer, and No. 1 Neumann-Goretti are set to meet at 5 p.m. Friday at 11th and Moore Streets.

On Jan. 6, Neumann-Goretti, then ranked No. 2, easily turned back then- No. 1 Roman Catholic, 85-68, before a standing-room-only home crowd in a gym that holds about 650 spectators.

As was the case when the Saints played Roman, no tickets will be sold at the door for a rematch of last year’s PIAA Class AAA state final, won by the Saints, 69-67, in Hershey.

Carroll is 15-1 overall and 7-0 in Catholic League action. The only blemish on the Patriots’ record is a 50-49 loss to St. Benedict’s (N.J.) in the Pete and Jameer Nelson Holiday Classic on Dec. 30 at Widener.