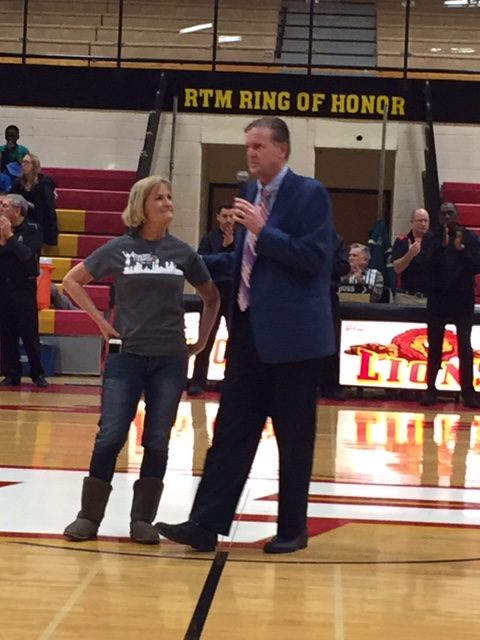 It started with a fall.On a normal day last October, a stumble at home brought Mike Doyle to the hospital for stitches … and a conversation that the Penncrest boys basketball coach would never have anticipated.

Something was off in his blood levels, his doctor said. The concern in her voice went far beyond the cut on his skull, and Doyle knew something was very wrong.

Five days later, he had a succinct and scary answer: Chronic myeloid (or myelogenous) leukemia.

In one conversation, Doyle’s world turned upside down. He had a rare form of cancer that occurs in fewer than two in 100,000 individuals in the United States each year, a population that skews white, male and over age 50. The disease that floods the bloodstream with immature white blood cells after runaway cell division in the bone marrow has no cure but can be brought into remission with chemotherapeutic maintenance. Though he’d dodged the more serious, acute forms of the disease, it still required aggressive treatment, a wholesale overhaul of his rebelling immune system with a powerful daily pill he’ll take for the rest of his life. Though a ravaging dose of chemicals, it didn’t require what once would’ve been a lengthy hospital stay.

He had hope. But soon the question turned to one almost as important. Would he have basketball?