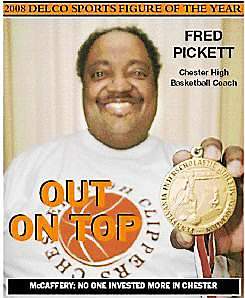 Fred Pickett Jr., who won more games and more PIAA championships than any coach in the storied history of Chester basketball, died Wednesday following a battle with cancer.

← All-Delco Boys Basketball Player of the Year: Johnson added to a family legacy at Chester
Fred Pickett, a man of basketball and young people, dead at 60 →