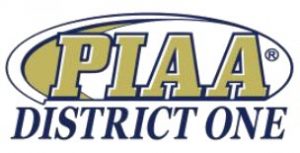 Sun Valley coach Steve Maloney and his players weren’t happy when they left the court against West Chester East on Jan. 5.

After leading for long stretches, they let the game slip away in double-overtime, their third loss in four games after an 8-0 start.

But if the disappointment of that night doesn’t add any fuel to the fire of Saturday’s rematch in the District 1 Class 5A final, it’s only because the Vanguards don’t lack for motivation.

“I think it helped us,” Maloney said Friday. “We were able to see where we made mistakes before. We were up five or seven the whole game, made some mistakes on our end, both offensively and defensively, and they capitalized on it.”

The top-seeded Vikings (21-5) and No. 6 Sun Valley (18-7) square off at 2 p.m. at Temple. For both teams, reaching the Liacouras Center was among the primary season goals. Sun Valley’s path has included what fifth-year coach Maloney calls a “chip on their shoulders” stemming from his first team going 4-17.