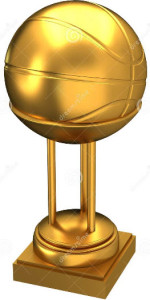 Both Conestoga and Strath Haven have the pieces to pull the upset, depending on who gets there. ‘Stoga (12-4), whom Ridley defeated in last year’s Central League championship, is led by a three-year starter at point guard, Darryl Caldwell. The small-college target has played in more big games than anybody else in the league, and he’s got a very good cast around him, including 6-5 senior forward Andrew Larkin, 5-11 senior guard M.J. Lezanic and 6-4 junior Charlie Martin, all of whom are extremely dangerous from the perimeter. Strath Haven (13-3) is much more the upstart, having completed a turnaround from a 2-14 league record a year ago under first-year head coach Dave McFadden. Senior Alex Ischiropoulos and junior Jahmeir Springfield run the offense, but what helps separate the Panthers is 6-8 junior John Harrar in the middle.