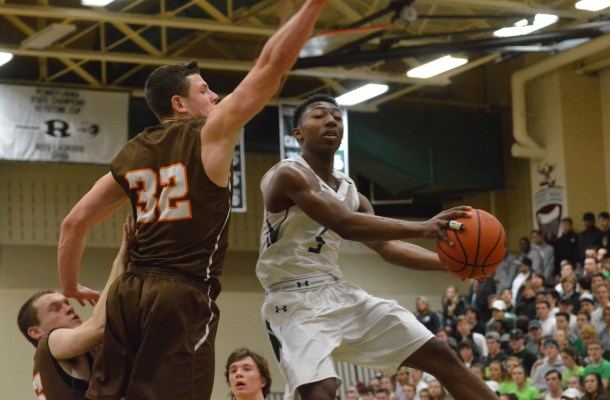 Not quite what Ridley may have drawn up, but hey, it’s working.

Julian Wing and Ryan Bollinger sparked another fourth quarter surge while Ridley’s defensive pressure turned it up in the waning moments as the Green Raiders overcame a pedestrian first three quarters to pull away from visiting Perkiomen Valley with a 45-31 victory in the District 1-AAAA second round Tuesday night.

Wing finished with a game-high 21 points, 15 in a tide-turning fourth quarter while Bollinger added 14, including two critical 3-pointers that sparked an 18-3 run to close out the game that earns the Green Raiders a PIAA berth. Ridley, which topped North Penn by a narrow 51-49 margin in the opening round, will host Spring-Ford Friday night, a win securing the team’s second consecutive district semifinal appearance.