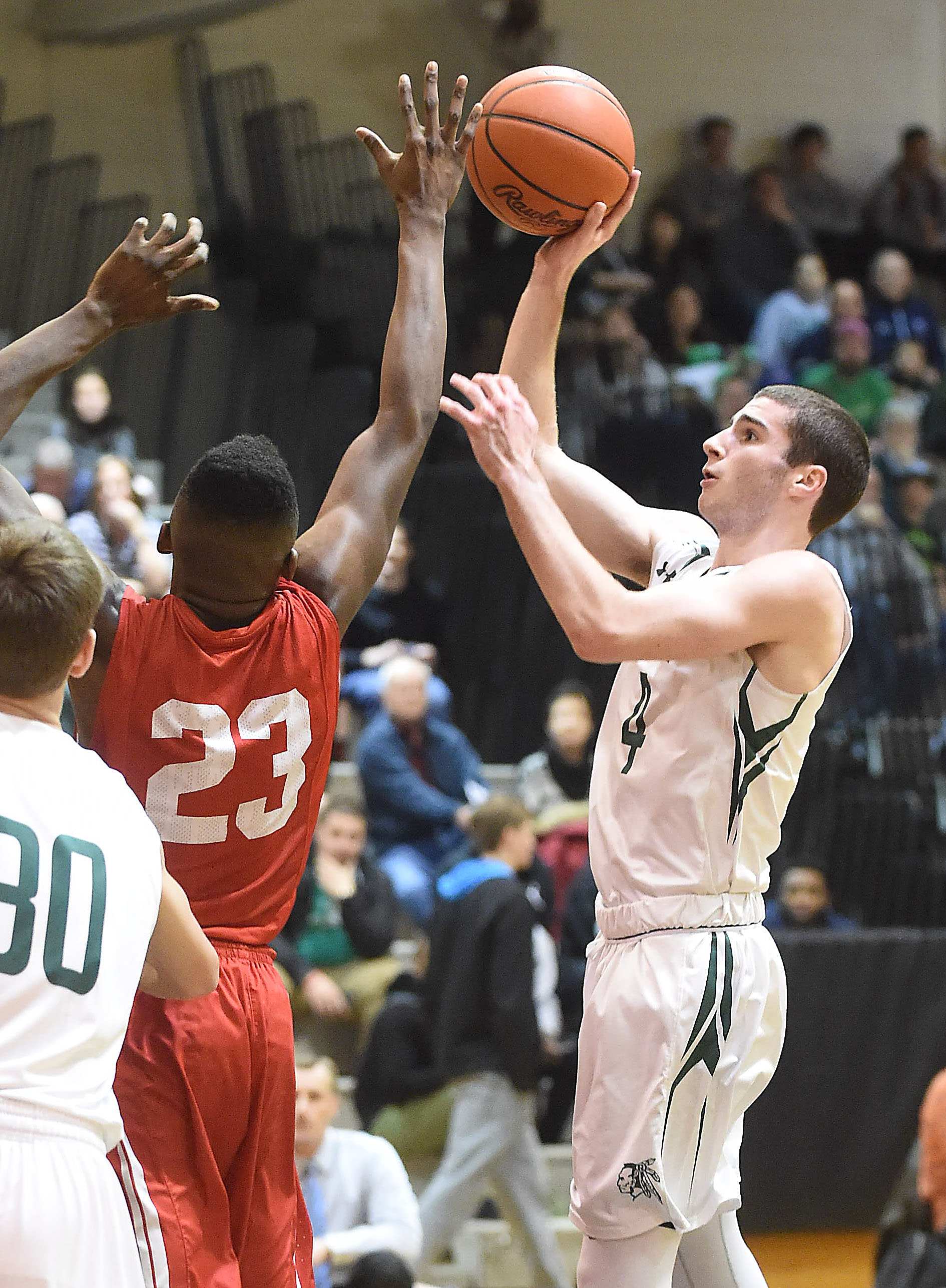 Ridley’s Liam Thompson puts up a shot over Wilson’s David Awarumibe in the first half of Ridley’s 50-34 win Saturday. (Digital First Media/Pete Bannan)

Fittingly, the Green Raiders reached the school milestone with defense, Julian Wing taking charge in a 50-34 triumph over Wilson West Lawn in the first round of the PIAA Class AAAA state tournament.

Wing held Bulldogs sniper Christian Sload to just one bucket in the first half and five points when the score was relevant, as the Green Raiders matched a single-season school record with their 27th victory.

The historic game was played at Strath Haven, where Ridley prevailed earlier this season during its unbeaten ride to the Central League championship.

“I told the kids that we’re playing for a state win and you guys are playing for the best overall record at Ridley High School,” coach Mike Snyder said. “It’s a big deal. When we came into the season we didn’t know what to expect. We lost some players. We knew we had some good players back but we didn’t have great size. But we play good defense and we just do as well as we can with the players we have. They’ve done a great job. I mean, to only have two losses at this point in the season is very remarkable.”

The Green Raiders (27-2) oppose Parkland, a 71-49 winner over Conestoga, in the second round of the state tournament.