Lower Merion’s Julian Hairston floats to the hoop for a layup in the second quarter of the Aces’ 63-31 dismantling of Penncrest in the Central League final at Harriton Wednesday night. (Pete Bannan/Digital First Media)

No matter how hard Penncrest tries, there is no happy ending, just heartbreak, when it plays Lower Merion.And so, it was here Wednesday night.

Instead of losing dramatically at the buzzer, which is where the series was stuck for the last handful of games, the Lions welcomed the final buzzer as the Aces put together a game for the ages to win their third straight Central League championship.

What was left of the partisan crowd began singing Queen’s “We Are the Champions” with much too much time left on this school night.

Webmaster’s note: The Central League Boy’s Championship game between Lower Merion and Springfield was our Game-of-the-Week and can be heard in its entirety below or on our Archived Broadcasts link listed in the menu at the top of our page. 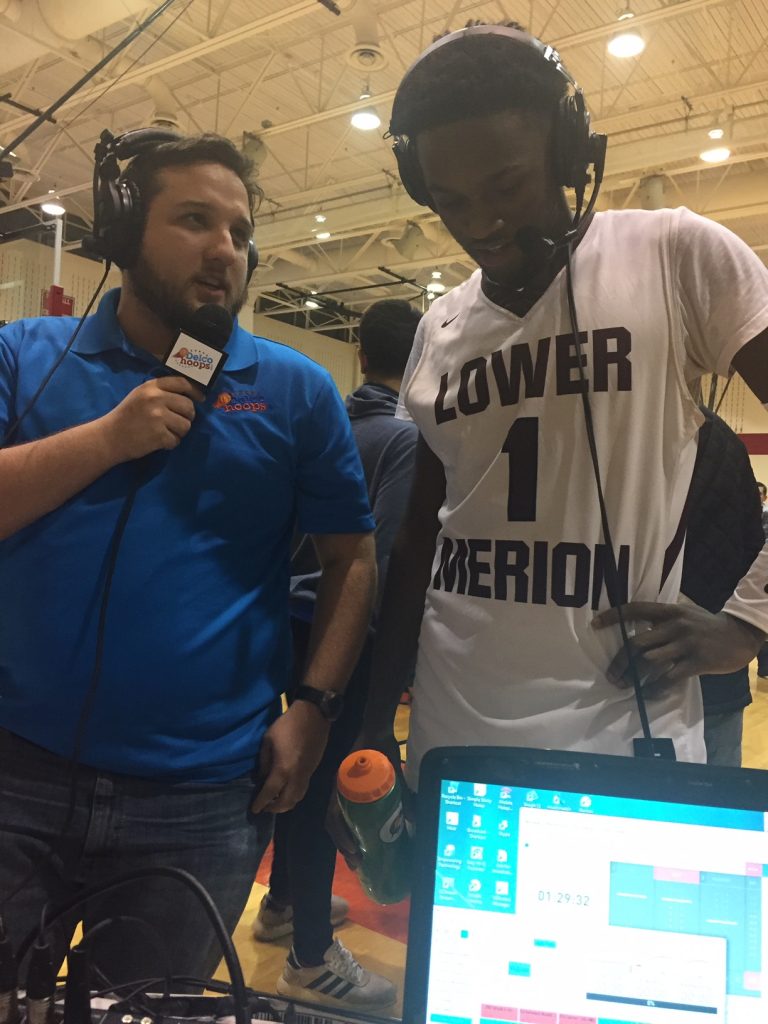 Andrew Kaufman interviews LM’s Steve Payne after their victory. The interview can be found on the game archive at the 1:23:48 mark. Photo by Delcohoops.com