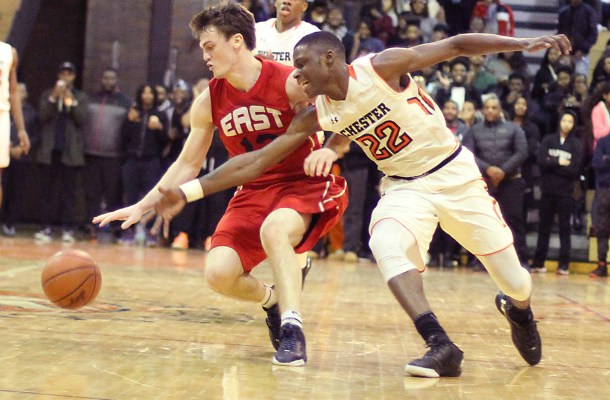 Maurice Henry’s emphatic dunk rocked Fred Pickett Gymnasium and brought the crowd to its feet for the last few moments of a 49-33 decision over the Patriots. It sends the Clippers into the semifinal round against Ridley High, which defeated Spring-Ford.

“Every time I dunk I try to dunk as hard as I possibly can,” the 6-8 Henry said. “It gets the crowd into it. It makes a good noise. Everybody loves dunks. It put an exclamation mark on the game. The guy down there was roughing me up a little bit. I didn’t like it.”

The guy Henry referenced was Blake Peterson, the 6-7 pivot for the 17th-seeded Patriots. They played tough, their reputation preceding them after toppling top-seed Coatesville. Not tough enough, obviously, to knock off the Clippers (19-6), who have won 17 of their last 18 starts.