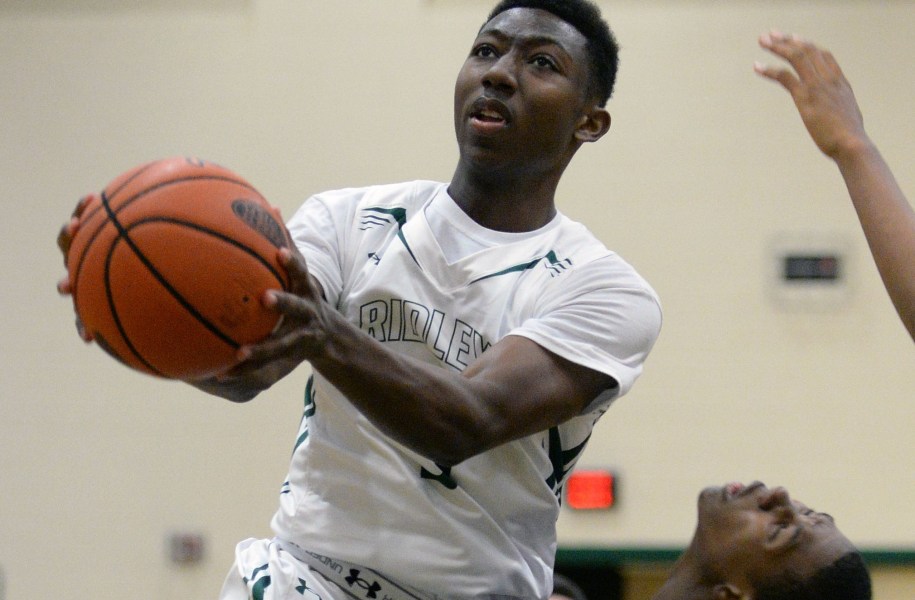 As Julian Wing trudged to the Ridley bench with four fouls, one second short of three minutes into the second half with Upper Darby uncomfortably close, no one needed to tell Brett Foster what came next.

As much as he was sure what his Green Raiders needed without the second scoring threat on the court, the senior point guard Foster also understood what his team didn’t need. And he delivered.

Foster compiled a game-high 26 points and his usual composed play running the point to lead the Green Raiders to a 53-40 Central League win.

In the kind of ragged, physical affair that each Central League seems destined to encounter 10 or 12 times a season, the most glaring difference between the teams was Foster’s deft orchestration.