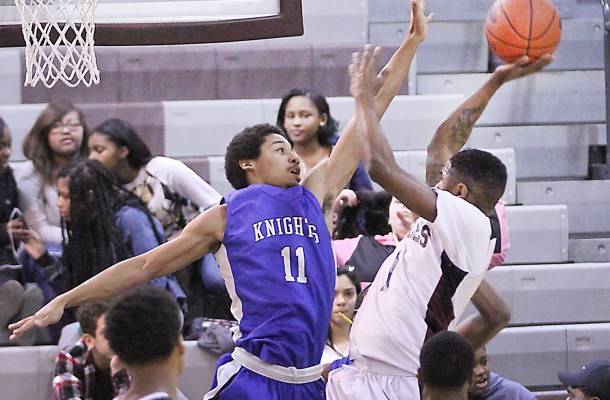 As the tally of disqualifications at the end of the Academy Park bench grew and the Chichester deficit dwindled, DeAndray Covert knew what had to happen.

The blizzard of fouls, personal and technical, that eroded AP’s already sparse lineup left the senior guard as the closest remaining approximation to a primary ball-handler. In a frenetic Del Val affair, there was no panic, just the realization that it was Covert’s time to shine.

Covert scored 11 of his 23 points in the fourth quarter, weathering a feverish Chichester comeback in a wild 88-79 win that was heated and contentious, before and after the whistles.

“I know that I have to play a bigger role,” Covert said. “I wasn’t nervous or anything. I knew we could come up with the win. I just had to take a bigger role.”