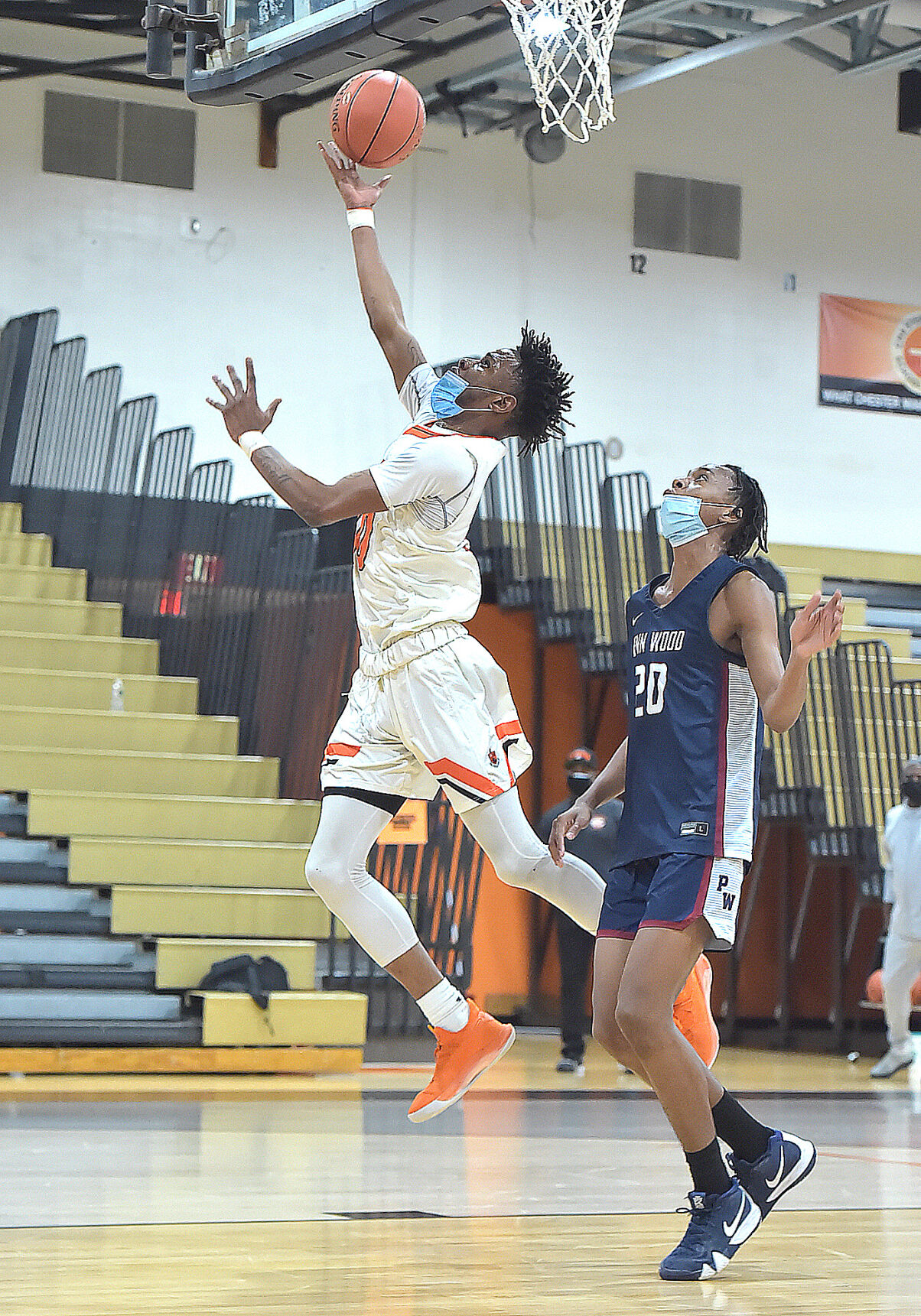 Chester senior Karell Watkins puts back a basket in the second quarter as Penn Wood’s Sayo Kenneth, right, looks on. Watkins scored 31 as Chester went on to a 74-56 victory. (Pete Bannan/MediaNews Group)

It isn’t often that a player can miss seven straight shots in the middle of a game and still end up with 30 points.

Then again, Karell Watkins isn’t the kind of player you find very often. By the time the Chester senior and reigning Daily Times Boys Basketball Player of the Year had ground down Penn Wood’s attempt at low-post defense Thursday night, those mid-game misses were long in the past.

Watkins finished with 31 points and 12 rebounds as the Clippers cruised to a 74-56 Del Val League victory.

“Just knowing me, I know me, if I miss a couple of buckets, I don’t dwell on it,” Watkins said. “I put it in the past and I just keep pushing. That’s just the mindset I have.”