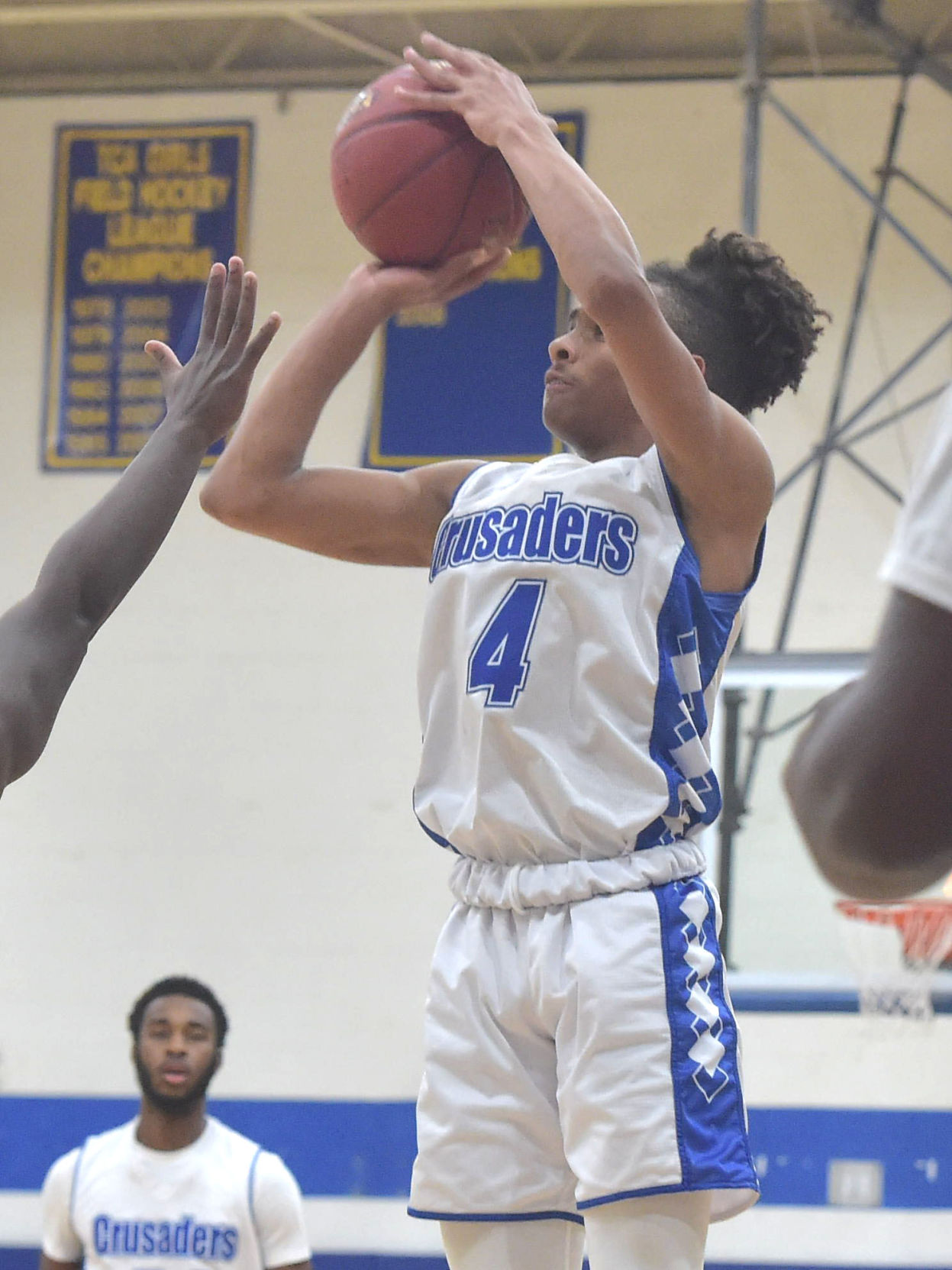 As the lead volleyed back and forth Thursday night at The Christian Academy, so did the onus of the Crusaders offense.

In the third quarter, as TCA weathered a run by Delco Christian in an entertaining Bicentennial Athletic League semifinal, Grant Sareyka stepped to the forefront. He knocked down four shots in the frame for 10 points, keeping TCA within five after three quarters.

And when it came time to spark the run that would put DC away for good, Sareyka deferred, creating space for Isaiah Mitchell.

Each player had eight points in the fourth quarter, all of Mitchell’s coming from the field, as TCA outlasted Delco Christian, 61-58.

“To be honest, the lane’s open because they’re focused on Grant,” Mitchell said. “Every team tries to double-team him. They know we’ve got other assets, but they want to stop him. If they stay open on him, I’ve got an open lane and I’m going to finish over anybody, over contact.”

← PCL Boys Basketball: Camden lights it up from outside, Carroll catches fire
Catholic League Playoffs: N-G gets its revenge on O’Hara →