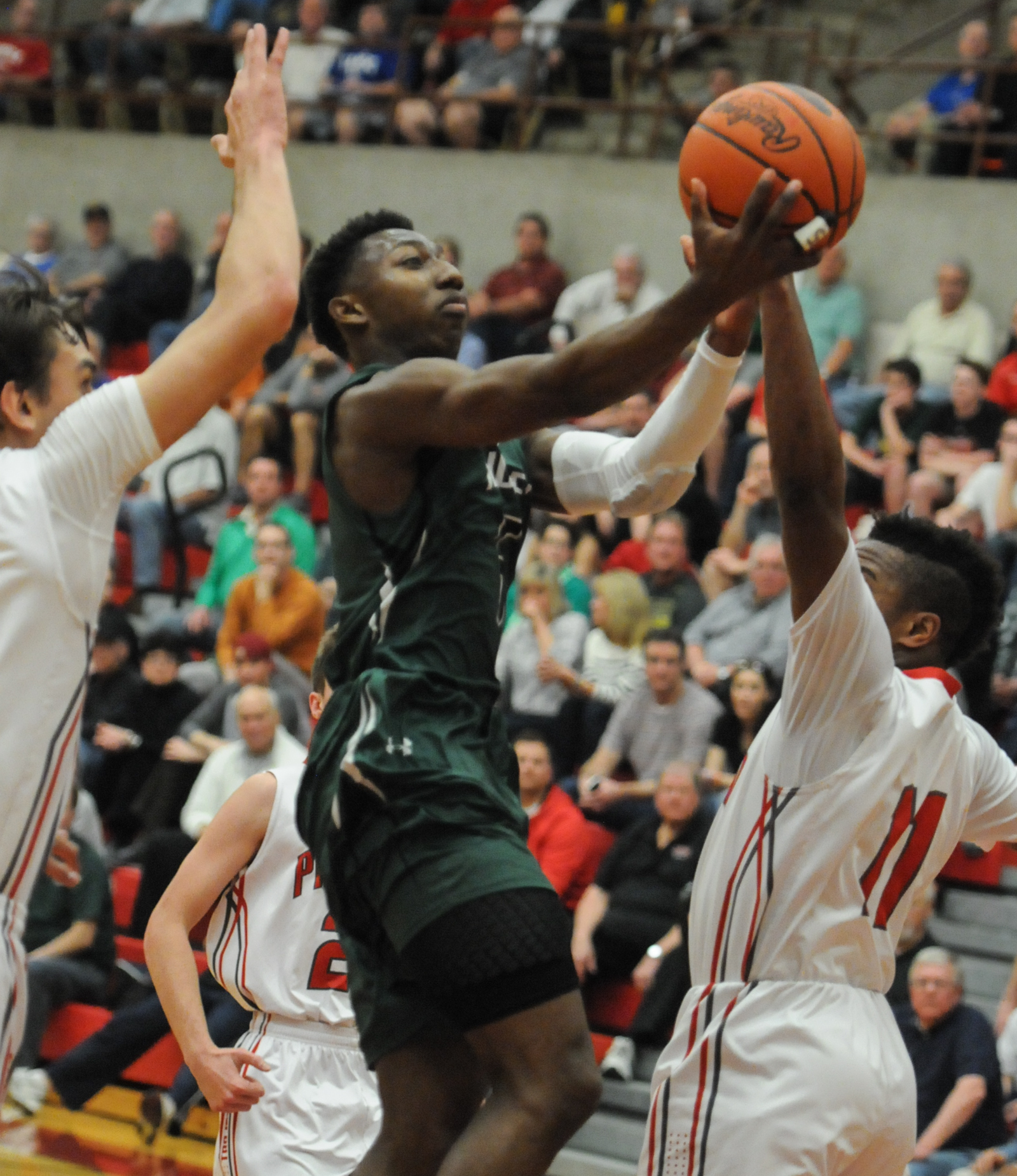 Ridley’s Brett Foster, center, splits the defense of Parkland’s Devante Cross, right, and Kyle Stout Wednesday. The Trojans claimed a 54-50 win in the second round of the PIAA Tournament. (Digital First Media/John Strickler)

With Parkland faltering at the line, Ridley got a look to tie, but Liam Thompson’s effort from the left corner rimmed out, allowing the Trojans to survive and advance to the quarterfinals against District 12 champion Roman Catholic, a 60-41 winner over Central Bucks West.

As Snyder alluded to afterward, the matchups were just too tilted in Parkland’s favor. Kyle Stout, bound for Lafayette, scored 10 of his team-best 18 points in the third quarter, stretching the lead as wide as six. He and Sam Iorio, a junior with several Division I offers who supplied 15 points, did the damage early. The two 6-foot-6 twins each corralled nine rebounds, part of Parkland’s 35-28 edge on the glass, including 12-6 on offensive boards.

“It’s very tough, because in our rotations, we had to rotate over to the 3-point shooter, and a couple of times we were late,” Thompson said. “Just having that outside shooting along with their height, it’s tough to guard.”

But Ridley adjusted, closing out more resolutely and holding that duo to just one point in the final quarter. Enter Kenny Yeboah, who was quiet offensively but operated the high-low game adeptly, kicking out to shooters when Ridley doubled in the post.