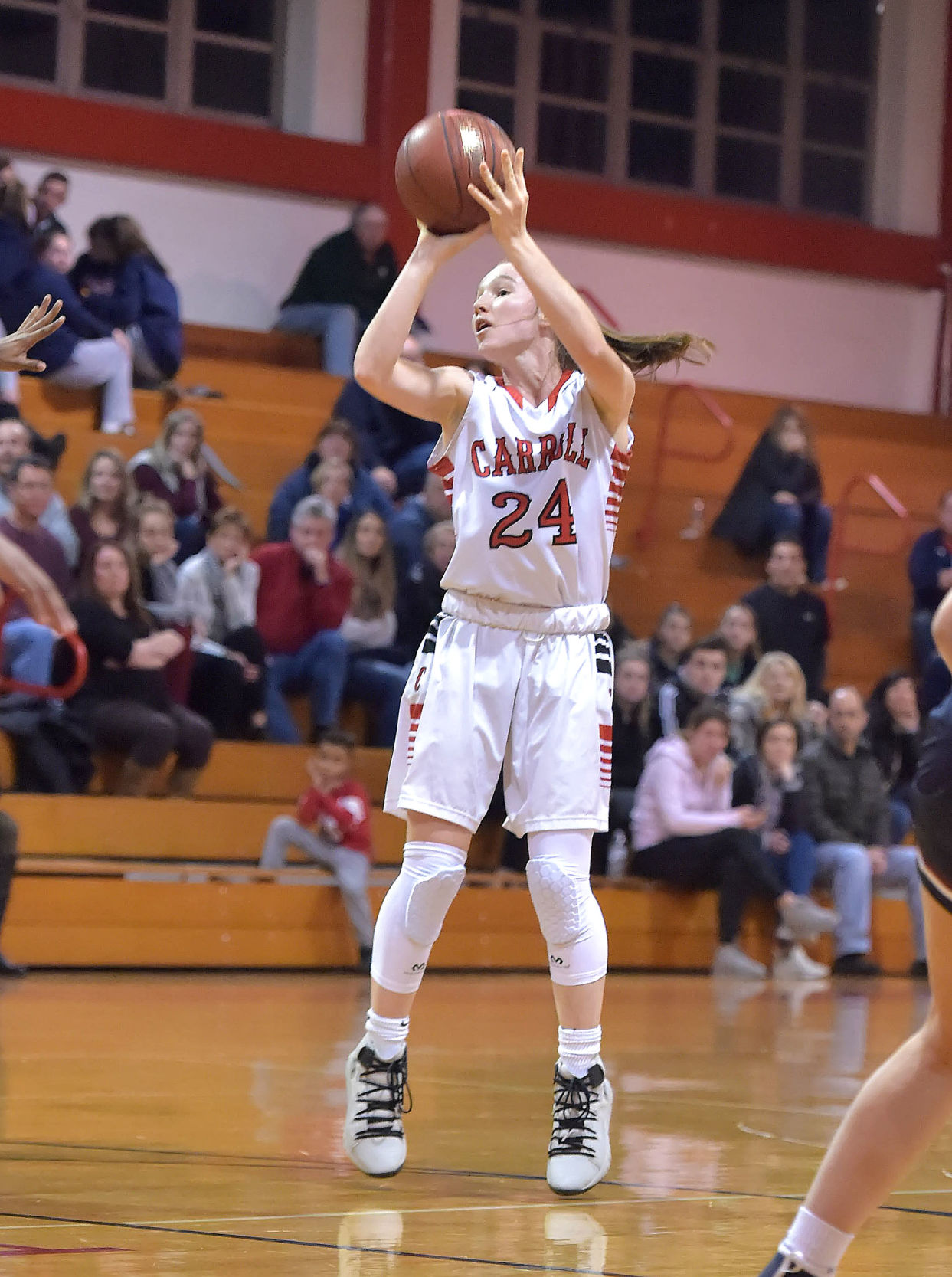 Sophomore guard Grace O’Neill, pictured in a game in December, totaled a game-high 17 points and was 6-for-6 at the free-throw line in the fourth quarter of Archbishop Carroll’s 47-41 victory Saturday over Mount St. Joseph in the first round of the PIAA Class 5A tournament. Photo by: Digital First Media

Archbishop Carroll could be excused for its slow start in Saturday’s PIAA Class 5A tournament opener at Methacton High School.

The Patriots hadn’t played a competitive game in nearly a month. The layoff between the end of their run in the Catholic League playoffs (Feb. 13) and Saturday is too long for anyone’s liking and a glaring problem the PIAA and District 12 must resolve.

Two weeks after pummeling Freire Charter in the District 12 third-place game, Carroll finally returned to the hardwood to face a worthy opponent in Mount St. Joseph, the No. 3 seed from District 1.

Unlike the Public League team Carroll was forced to play, the Mount is an excellent basketball program deserving of its spot in states. And the Patriots had their hands full in the early going.

“I kind of knew that it would be a little hard coming into this game,” said sophomore sensation Grace O’Neill, who poured in a game-high 17 points to lead Carroll to a 47-41 victory. “We played a team in districts and it wasn’t a close game. The last close game we had was against O’Hara (in the Catholic League quarterfinals), which was over three weeks ago. But we knew coming in that (Mount) was very good.”

The Patriots snapped back to life and seized control in the second quarter, tallying 11 straight points to erase what had been a nine-point deficit.