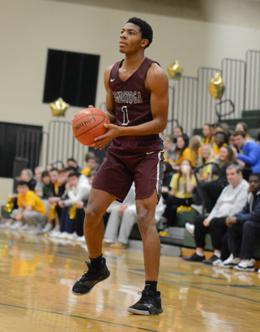 When thinking of Conestoga’s season up to this point, one word comes to mind: streaky. The Pioneers, who only returned one player with varsity minutes last season –– senior Connor Steele –– started off the season with a win, followed by a six-game losing streak. The young squad then benefitted from the turn of the new year, as they won seven of the next eight, including a five-game winning streak within the Central League in January.

Mike Troy, head coach for Conestoga, complimented his young group for maturing throughout the season, though they’d lost three of four headed into Thursday night’s Central League matchup at Ridley.

“You know, you look at some of our early games and our youth really showed,” Troy admitted. “When your top seven guys all graduate…we’re a good team, there’s a difference between being a good team and an experienced, varsity team. So we learned a lot of tough lessons early in the year, and hopefully now they’re coming into fruition.”