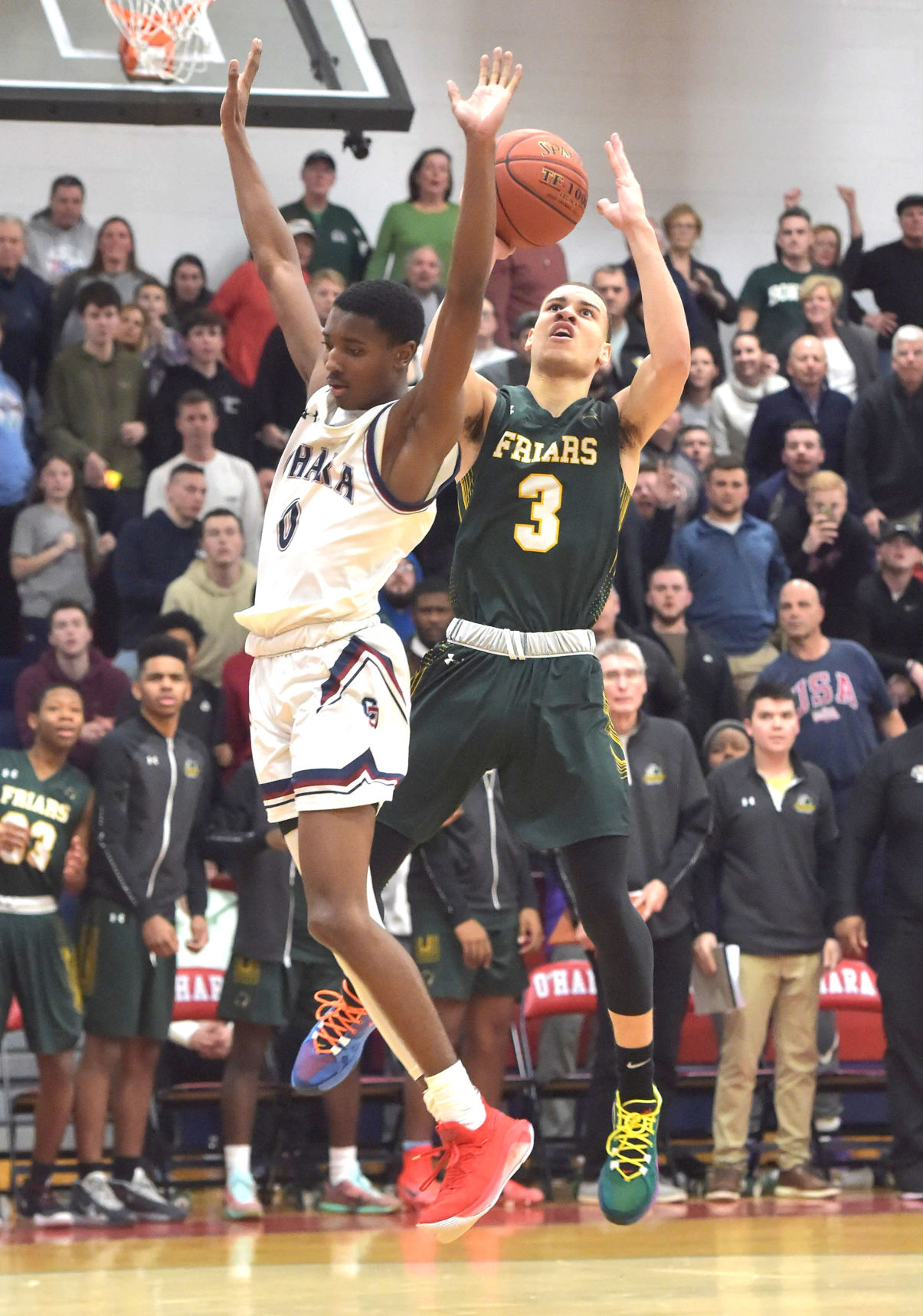 For the first 80 percent of the fourth quarter and the first half of overtime Monday night, it would’ve been easy to confuse which team held which pedigree at Cardinal O’Hara High School.

The team that went nearly seven minutes without a field goal in the fourth quarter, that bricked three of four free throws to start overtime – surely that had to be the nine-win team last year. And the team that made clutch shots, leading by six with 1:28 to play in regulation and by four in overtime, wasn’t that the team that made a state final last year?

The roles were temporarily reversed Monday. And if not for a couple of veteran moments provided by Malik Edwards and Connor Eagan, it might have finished that way. 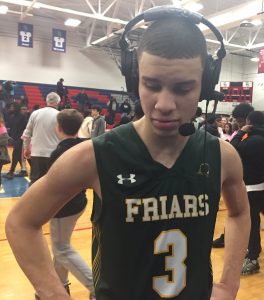 Bonner-Prendie’s Malik Edwards being interviewed after his win on our Game-of-the-Week broadcast. Photo by Delcohoops.com

Instead, Edwards, the Bonner-Prendergast junior guard, scored seven points in the final 70 seconds of regulation, then Eagan provided both a knockdown 3-pointer to put Bonner up for good and a block to keep them up in a thrilling, 66-64 overtime win before a raucous, packed house at O’Hara.

Edwards stepped to the fore first. Bonner (13-4, 8-2 Catholic League) had led by as many as 15 points in the first half, including a 16-2 margin after one quarter. But it found itself down six points with less than two minutes to play in regulation, thanks to going 6:51 without a field goal to start the final quarter, leading to a 17-4 O’Hara run.