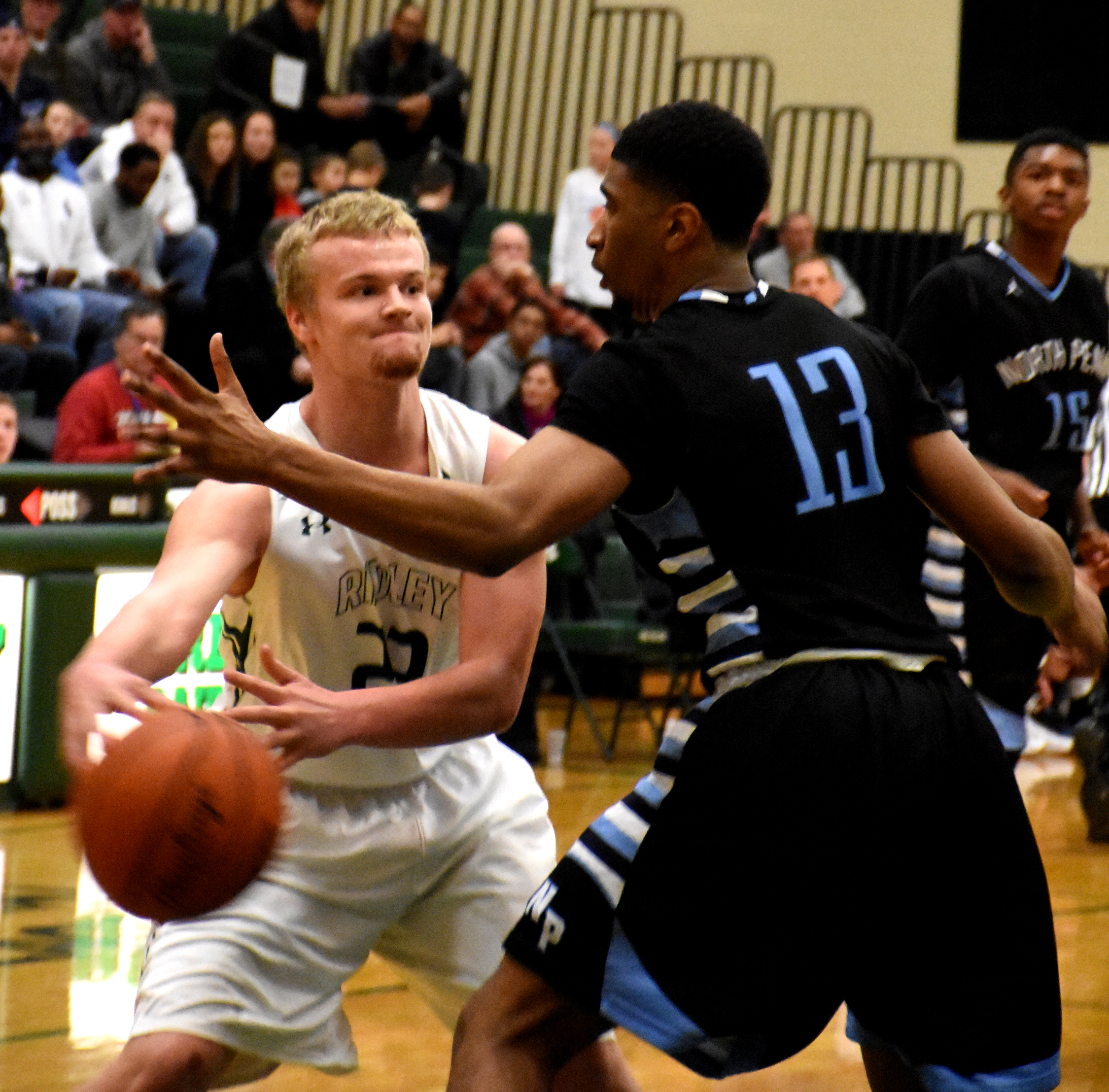 Ridley’s Sean Bingnear, left, looks for room to maneuver against North Penn’s Lance Lindsay Ford in the District One Class AAAA opener Friday night, a game in which Ridley came back to win thanks to eight points from Bingnear. (Digital First Media/Anne Neborak)

Sean Bingnear knew the start on Senior Night was ceremonial.

The outcome of Ridley’s game, against fellow playoff-bound squad Garnet Valley to cap an unbeaten run through the Central League, was hardly inconsequential. And for the senior guard, the opportunity was palpable.

So much so that eight days later, with Ridley surprisingly on the brink of a premature exit from the District One Class AAAA tournament and in a more precarious position on its home court than it had been all season, Mike Snyder looked down his usually tightly-rotated bench and found a saving answer in Bingnear.

Of the many surprises contained in the boxscore from that narrow, 51-49 survival over No. 29 North Penn Friday, the most glaring is the eight points attributed to Bingnear’s name. And with the No. 4 Green Raiders facing another team that’s displayed its upset potential, No. 20 Perkiomen Valley, in Tuesday’s second round, Bingnear’s postseason cameo may transform into a recurring arc.