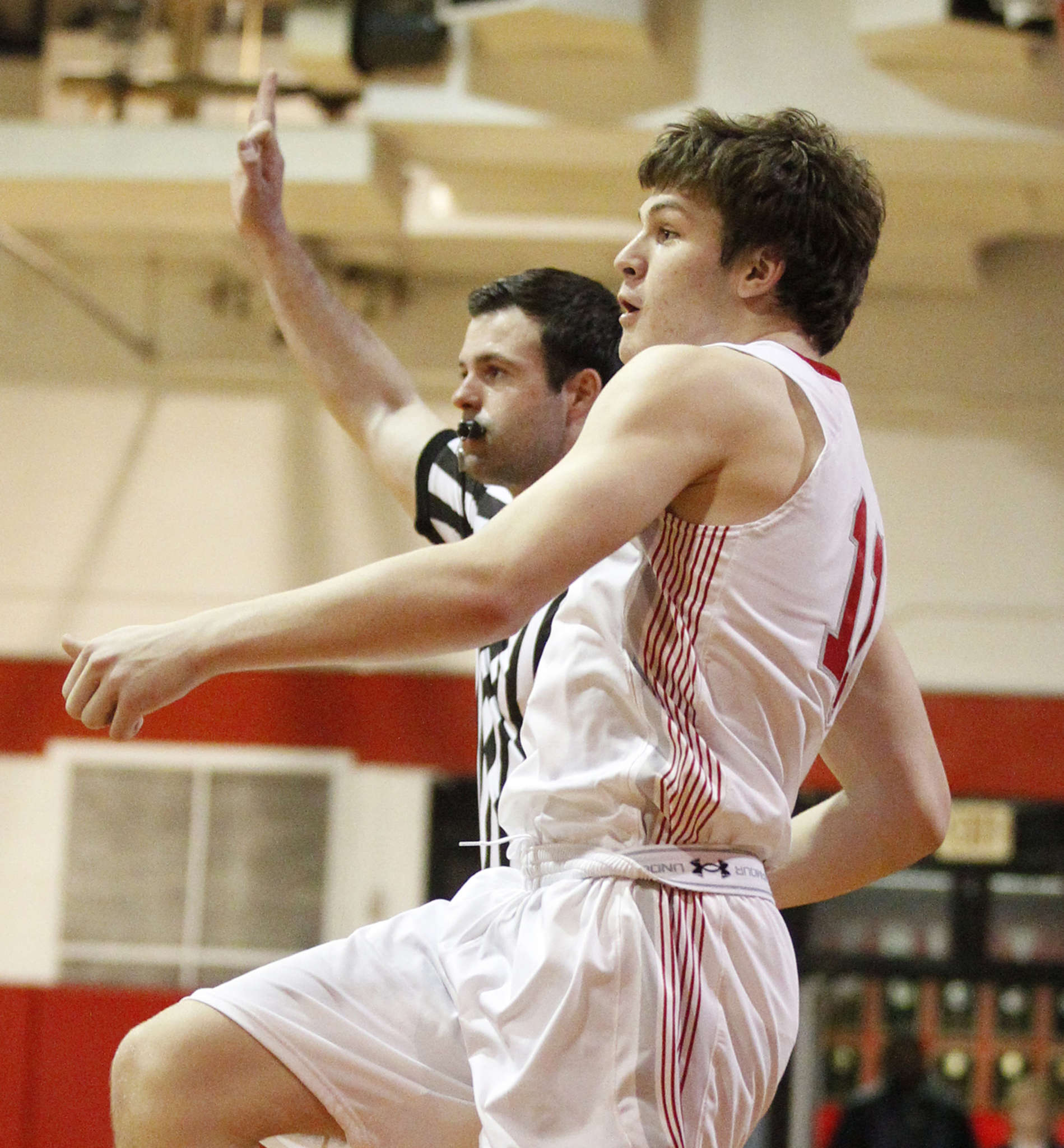 Carroll’s Ryan Daly watches a three-pointer go in as the third quarter ends. He had 23 points. CHARLES FOX / Staff

Ryan Daly is a complete offensive player now, but that wasn’t always the case.

The 6-foot-5 forward for Archbishop Carroll employed his vast arsenal of abilities Friday night in the Patriots’ 69-57 triumph against visiting Father Judge.

Daly, a senior who will play at Hartford next season, finished with a game-high 23 points on 10-of-14 shooting. He also added nine rebounds and two steals and hit 3 of 5 three-pointers for Carroll (14-1, 6-0 Catholic League).

“I think I’ve made strides with my ballhandling instead of just being an outside shooter,” he said. “Sometimes I’ll need to blow by people, slow as I am, but I need to put the ball on the floor a little bit.”

← Johnson warms up, so does Cardinal O’Hara
Carroll downs Prep in battle of Catholic League unbeatens →