Edwards, Strath Haven pull away from Phoenixville, wind up back in Media 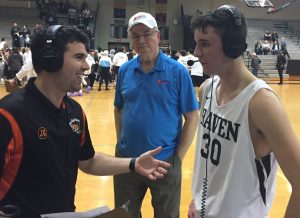