Methacton’s first district final is one to remember 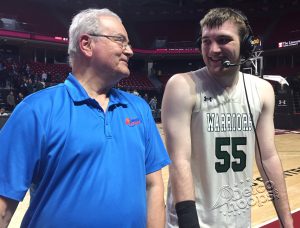 Pete Fuliginiti shares some game impressions with Jeff Woodward on Methacton’s victory over Chester in the D1-6A semi-final game. Photo by: Delcohoops/Mike Mayer