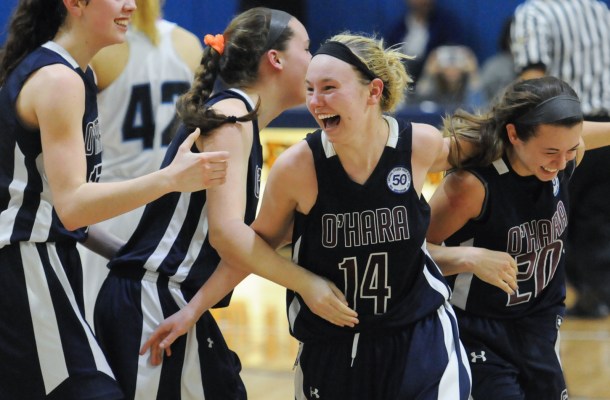 When Linus McGinty convened the Cardinal O’Hara huddle after three quarters in a tie game Tuesday evening, he had good news and bad.

The bad news was that forward Mary Sheehan had yet to get on track against North Penn in the PIAA Class AAAA semifinal. The good news was that even without her, the Lions were on level terms with eight minutes to play.

And the better news was that a player of Sheehan’s caliber had no intention of continuing to go so quietly.

Sheehan came to life in the fourth quarter, scoring seven of her nine points and powering O’Hara to the state final with a 48-41 win at Spring-Ford High School.