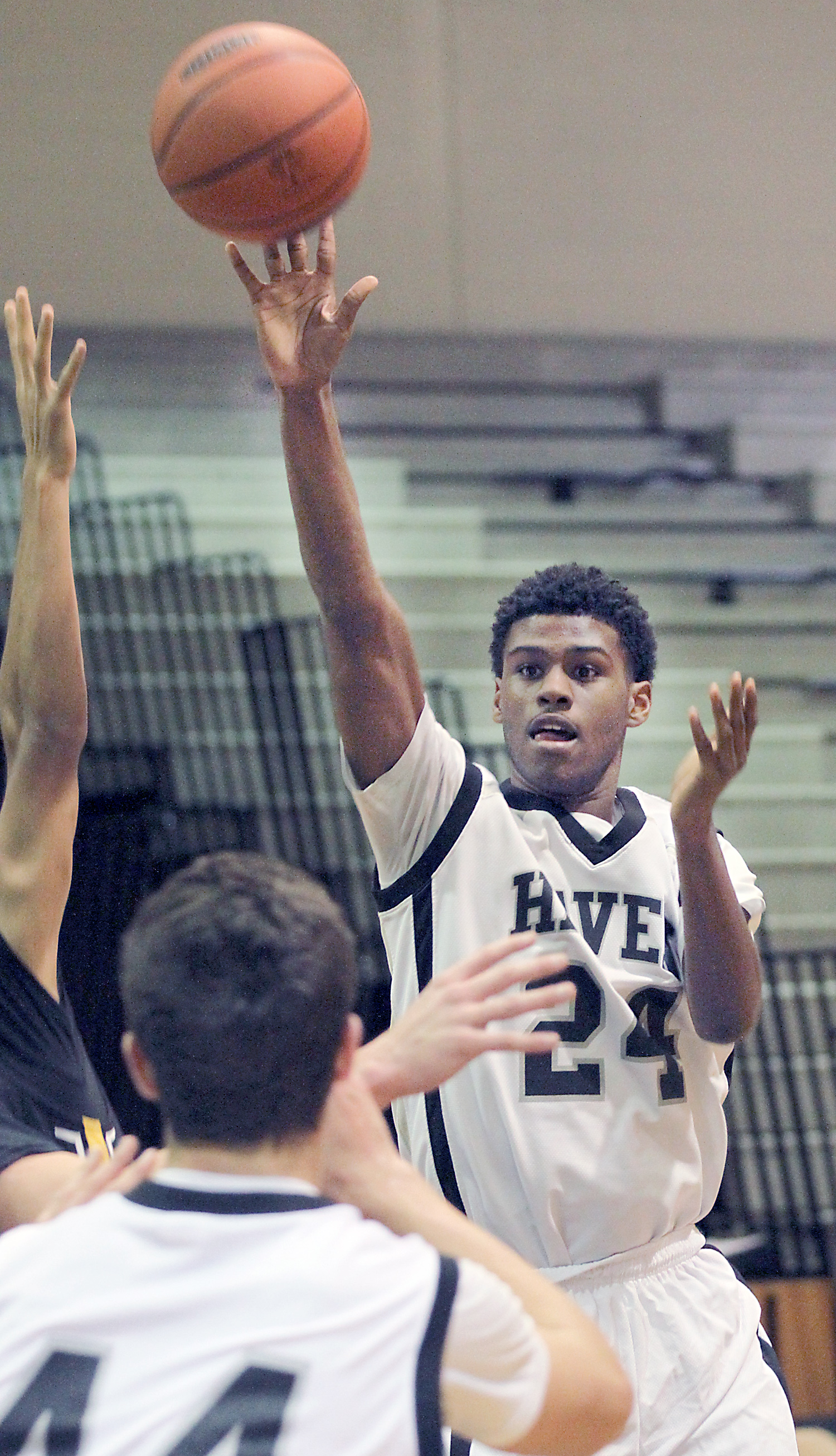 Strath Haven’s Josh Singleton gets off a shot in a game against Interboro earlier this season. Singleton came off the bench to score 10 points and helped the Panthers claim a 59-54 victory over Penncrest in a Central League game Tuesday night. (Times Staff/Robert J. Gurecki)

As the fourth quarter of a tie game opened Tuesday night, Strath Haven’s Alex Ischiropoulos wasn’t thinking about the past.

The senior guard didn’t concern himself with the five wins his teams had collected over the last two seasons combined, about the lingering placement in or near the Central League basement the Panthers had often been consigned to.

Instead, he pondered how to write a new narrative.

Ischiropoulos translated his confidence into a pair of fourth-quarter 3-pointers, complementing nine final-stanza points by John Harrar as the Panthers pulled away for a 55-49 win over rival Penncrest.

Webmaster’s note: Listen to this complete game on our Archive listed to the left of this article