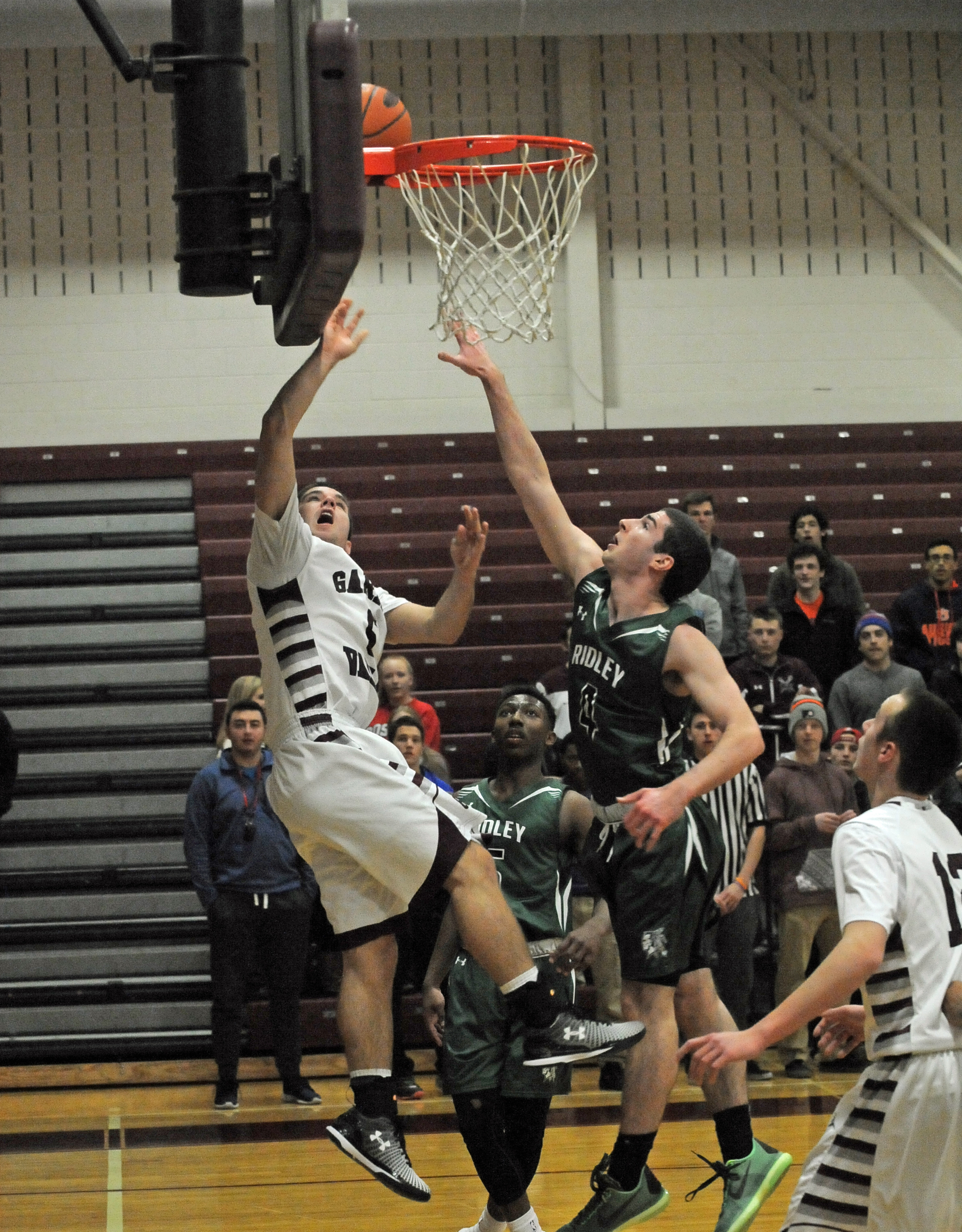 Garnet Valley’s Andrew Louden, left, is shown putting up a shot against Ridley Thursday. Louden exceeded 1,000 career points — and passed his father in the Delco scoring annals — by dropping in 27 in the Jaguars’ 64-48 win Saturday night at Radnor. (Special to the Times/Rob Dudley)

All eyes in the Radnor High School gym were trained on Garnet Valley’s Andrew Louden as he lifted off beyond the 3-point arc with 1:47 left in the third quarter Saturday night.

A more select section of the sparse crowd knew that basket, which sent Louden over 1,000 career points, was a mere formality. The more poignant moment passed without fanfare on the first possession of the second quarter, when Louden picked a Radnor pocket and swooped in for two, points eight and nine on the night.

That took his career total to 989, earning Louden a more exclusive crown as the top-scoring Louden in Delco history.

All of those accolades shined through Louden’s smile as he posed for pictures with his parents after Garnet Valley’s 64-48 win over Radnor in Central League action.

In a pivotal game for both teams’ playoff aspirations, the personal subplot of Louden’s chase of history took center stage.

← Ridley Wings it to survive Penncrest scare
Johnson warms up, so does Cardinal O’Hara →