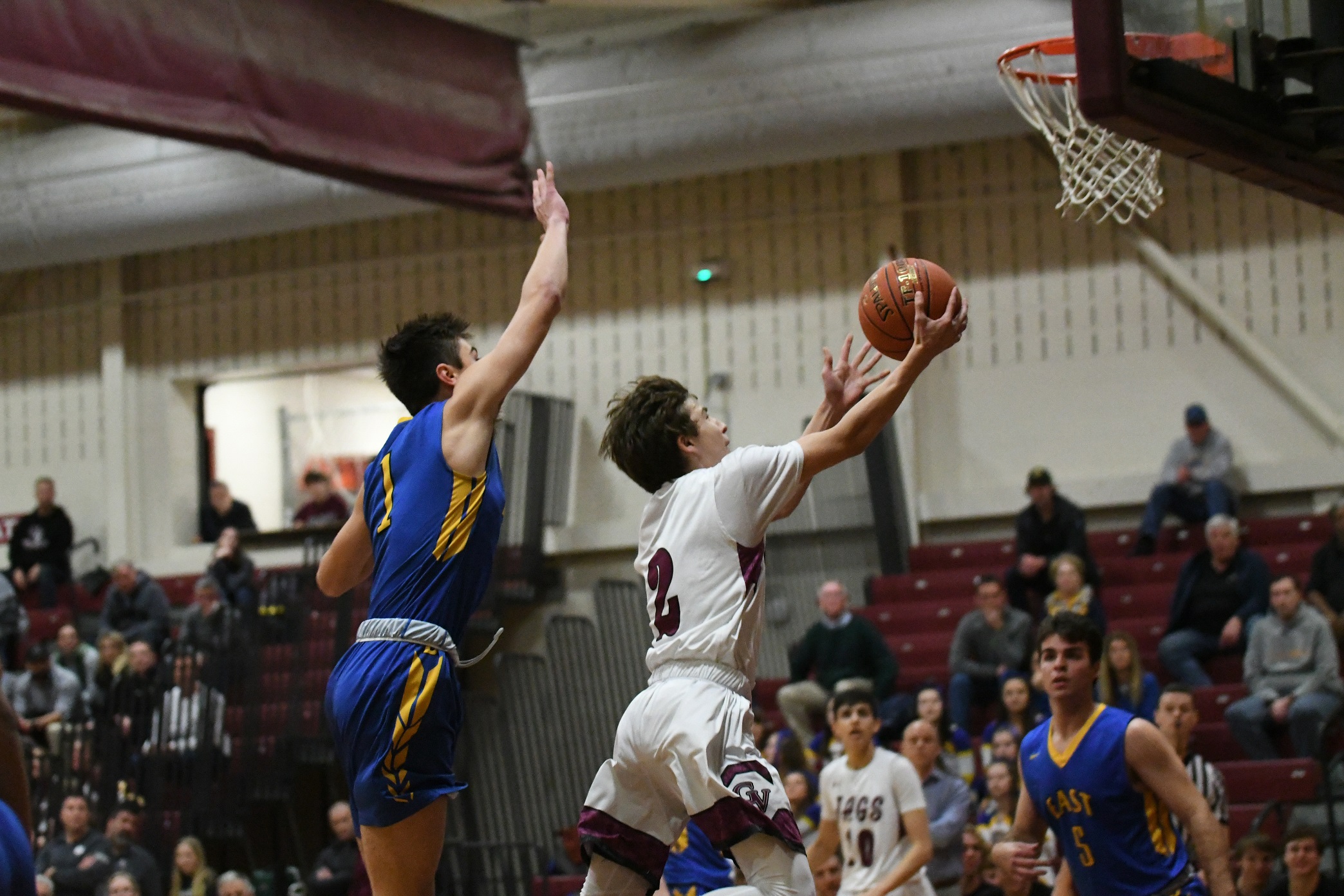 Garnet Valley’s Carl Schaller, right, goes up for a layup ahead of the defense of Downingtown East’s Jayden Brown Tuesday. Schaller scored 30 points but the Jags fell, 55-50, in overtime. (Mikey Reeves/For MediaNews Group)

No one shows up on game days at Garnet Valley sooner than Carl Schaller, who gets started so early he brings his own basketball because the others are still under lock and key.

Schaller also was one of the last players to leave Tuesday, the second-seeded Jaguars upset, 55-50, in overtime by 18th seeded Downingtown East in the second round of the District One Class 6A playoffs.

The junior guard scored 30 points on an assortment of crowd-pleasing drives to the basket. The Jaguars (20-3), however, needed 36.
Schaller and the seniors stuck around to reinforce what coach Mike Brown told them about completing the season on a high note.