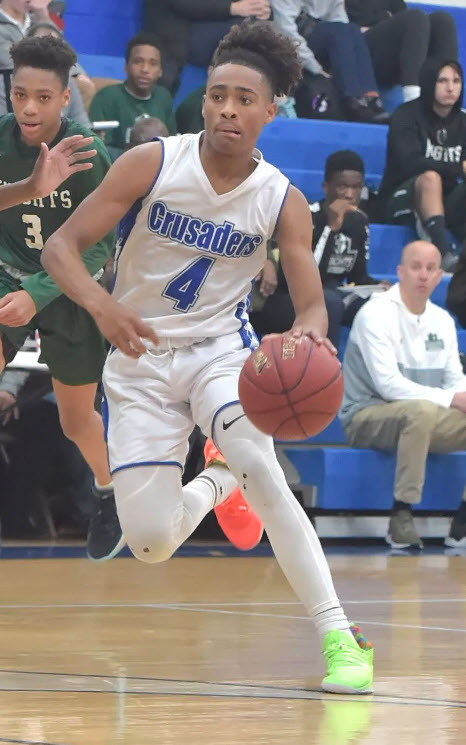 In a lot of aspects of the game, the Christian Academy did what it wanted in the first quarter Friday night.

The Crusaders bullied visiting Delco Christian on the boards. They created turnovers. They got quality shots aplenty from the field. But still the teams were deadlocked at 10 after eight minutes of play, thanks to a sluggish shooting start.

The message after that first period was to keep at it, with Grant Sareyka’s shot and Isaiah Mitchell’s defense taking the lead at each end of the floor.

It proved to be a sound plan.

Sareyka poured in a career-high 29 points, and Mitchell kept the defensive intensity high with a double-double to lead TCA to a 66-55 win over their Bicentennial League rivals.

“It’s pretty tough not to get frustrated,” Mitchell said of the ghastly 5-for-23 shooting performance in the first quarter. “But for us, we’re a defensive team. We just try to keep playing defense, keep getting out on the break. It doesn’t matter how many shots we miss. Just keep playing defense. That’s our motto.”