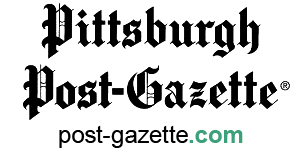 More and more school superintendents have recently called for the PIAA to have separate postseason tournaments for public and Catholic/private/charter schools. Now, two state legislators who sit on a committee that oversees the PIAA believe separate tournaments deserve consideration and the public vs. private issue needs to be looked at further.

Sen. Jay Costa, D-Forest Hills, and Rep. Rob Matzie, D-Ambridge, met Wednesday morning with New Castle Area Schools superintendent John Sarandrea and attorney Larry Kelly, who are spearheading an effort across the state to have the PIAA possibly create separate tournaments. Critics feel public schools with geographical boundaries are at a competitive disadvantage against private/Catholic/charter schools that have no boundaries to attract students. Over the past three seasons, 69 percent of the PIAA boys and girls basketball champions have been teams from non-boundary schools, and many from the Philadelphia area.

“My view of this rises to the level that we need to start having conversations [on the oversight committee] about this issue and I will be making a request that we have hearings in the future,” Costa said. “I’m moving toward the need to address this issue. What we can do and what anything might look like, I can’t speak to that. But the path we have been going down has really created a competitive imbalance that I don’t think is in the best interest of overall interscholastic athletic activities. It’s a complicated issue.”