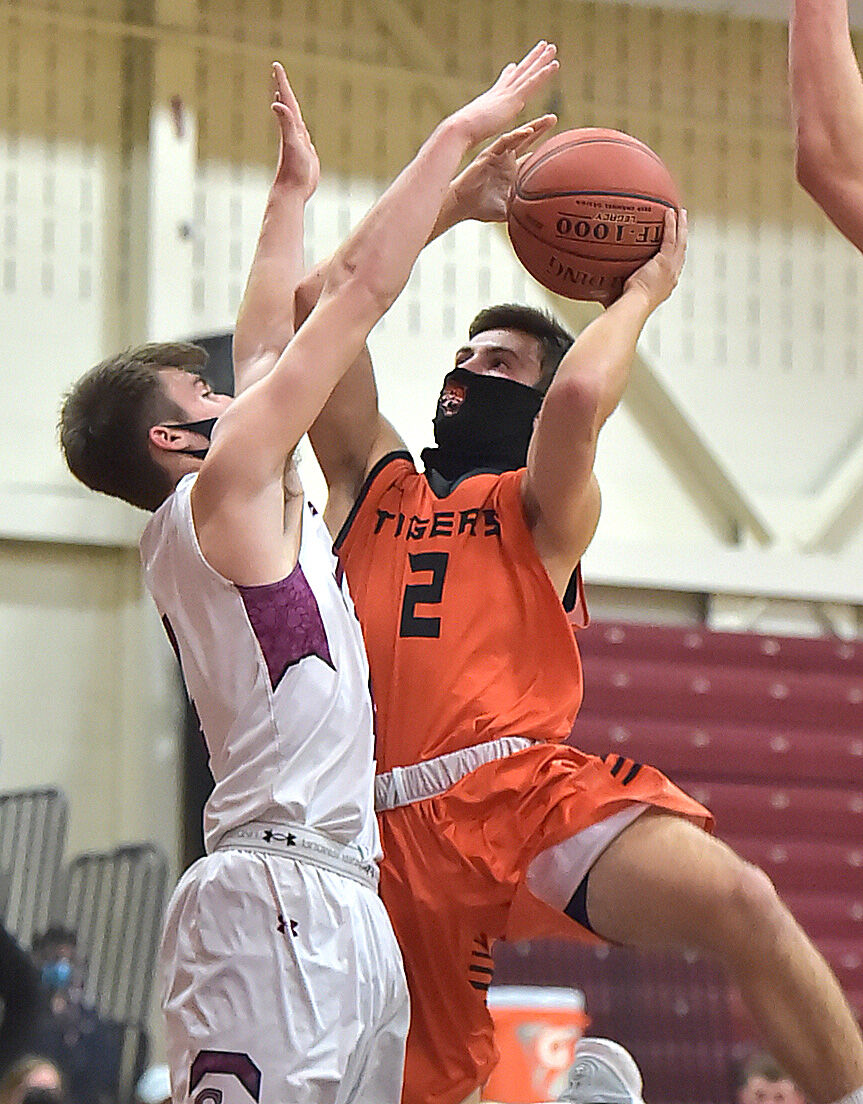 Justin DiBona, right, seen last week in a game against Garnet Valley, and his Marple Newtown teammates are moving on after a 56-39 decision over Chichester Saturday night in the District 1 Class 5A first round. (Pete Bannan/MediaNews Group)

Mike Tansey knew that the District 1 Class 5A first-round game against Chichester could be his last at Marple Newtown.

The senior guard played like someone determined to make sure that wouldn’t happen Saturday night.

Marple Newtown, the seventh seed in District 1, advances to Tuesday’s quarterfinal at No. 2 Chester

At halftime, Tansey had 16 points. Chichester only had 13. His ability to hit long-range shots frustrated Chi’s aggressive, half-court trap that sought to run the Tigers off their usual perimeter spots.