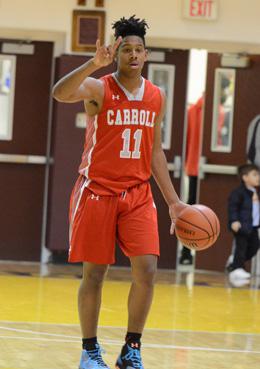 They then started Philadelphia Catholic League play with a crushing, 17-point defeat at home to Neumann-Goretti on Jan. 2. For a team that has 12 upperclassmen on its 15-man roster and starts three seniors, it was a disappointing start.

Since then, Carroll has won five straight PCL games, including a 70-59 victory at St. Joseph’s Prep on Monday afternoon. It was a tough road victory that can help give momentum to a team vying for the top spot in the Catholic League.