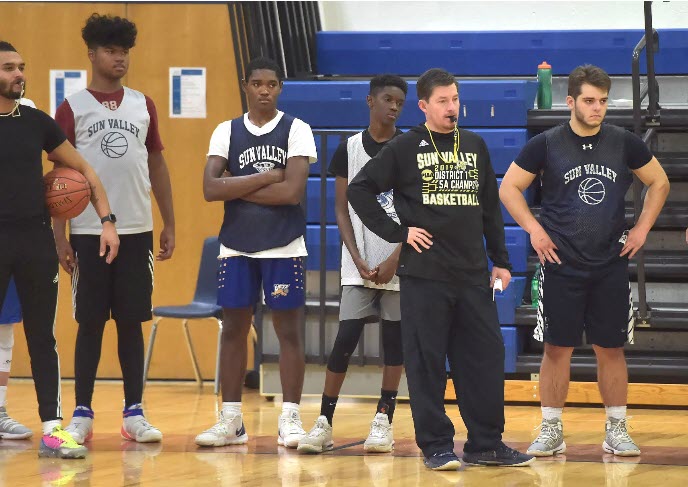 As much as the banner in the gym or the T-shirts worn by coaches during practice, one factor epitomizes Sun Valley’s growth for Dom Valente. This fall, seven freshmen are running through the combined JV-varsity practice. That’s in addition to a full 10-member freshman squad.

How’s that compare to the numbers when Valente, a senior guard, was a rookie for then-second-year coach Steve Maloney?

“There were three,” Valente said.

That organic growth has defined the Vanguards, who made back-to-back PIAA Class 5A tournaments and are the reigning District 1 champions. It also informs the way forward after the four players comprising that illustrious generation moved on, the cultural elements of a program that stick around campus for more than four years.

“It’s definitely a big change losing them, but I think we’ve been able to keep the culture up,” senior guard Billy Fisher said. “We’re not rebuilding; we’re trying to keep going.”