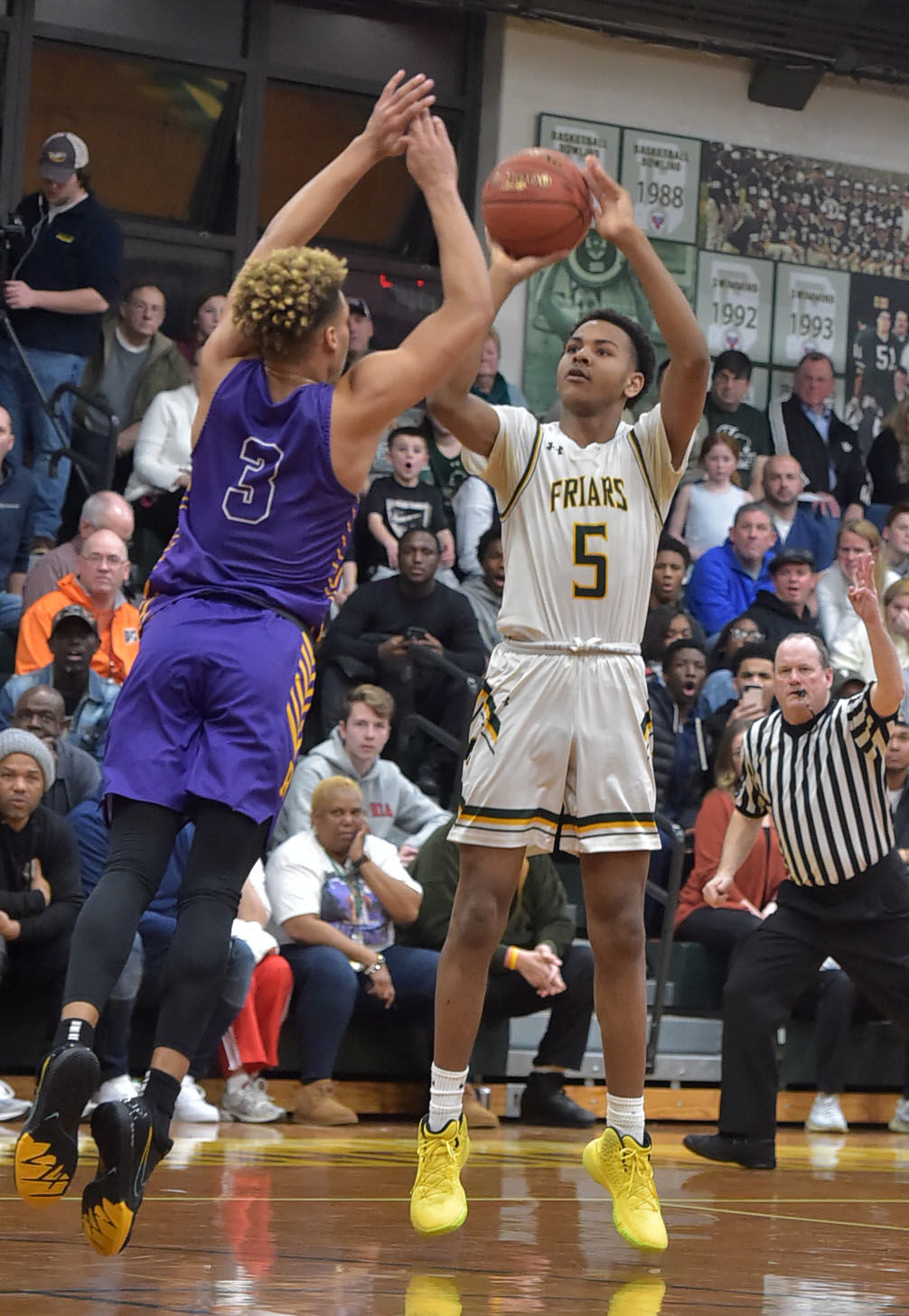 Bonner-Prendie’s Tyreese Watson, seen against Roman Catholic in the regular season, scored 27 points in a 67-33 win over Valley View in the PIAA Class 4A Round of 16 Tuesday.

You can take your pick of which stat is more illustrative of what transpired between Valley View and Bonner-Prendergast in the PIAA Class 4A Round of 16 Tuesday night.

Option A: By the end of the third quarter, Valley View had two starters foul out. Zach Kovalchik got his marching orders to the bench with 3:57 left in the frame. TJ Noto followed three minutes later.

Option B: It took until a 3-pointer by LV Pegula in the final two minutes for Valley View to get on the right side of the ledger … in the battle for points as opposed to turnovers. It finished with 33 of the former against 31 turnovers.

Either way, in a game where more Valley View energy was spent fighting the refs than the opponent, Bonner-Prendergast used its defense to dispatch its opponent, 67-33, at Bethlehem Liberty High.

The ringleader was Tyreese Watson, who went off for a game-high 27 points. He was 10-for-14 from the field, including a pair of thunderous fast-break dunks in the third quarter, making his final six shot attempts and tallying 15 in the quarter before watching the game’s final eight minutes.

As the anger of the Cougars (18-9) ratcheted up, so did the defensive intensity of the Friars.