The longtime Roman assistant was reminded that the host Friars hadn’t beaten the Cahillites since 2002 when he squinted behind black-framed glasses.

“You got to remind me of that right now?!” McKenna said with a scowl.

Alas, thanks to Allen Betrand’s put-back with 2.6 seconds remaining, all threats of a jinx were held at bay.The Cahillites, who overcame a four-point deficit in the final 30 seconds, survived the Friars, 54-53. 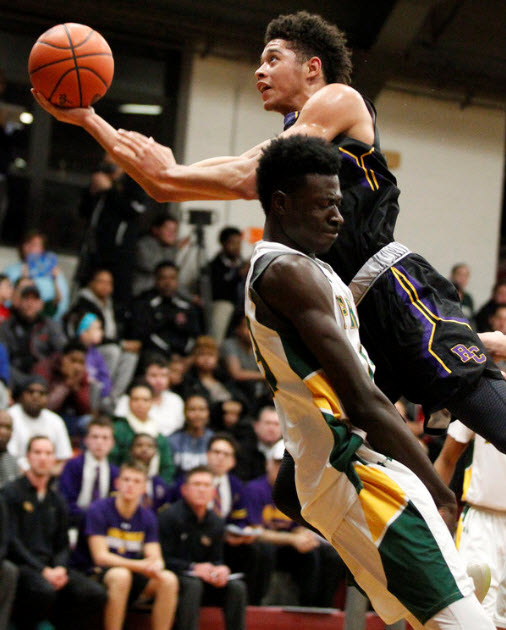 “This was a good win,” said Betrand, who finished with 23 points. “We stayed together, and we never gave up. That’s what we’re all about, never giving up.”
The Friars nearly made the Cahillites (13-2, 5-1) submit early in the third quarter after junior forward Ajiri Johnson ripped an emphatic, two-handed dunk through the rim for an eight-point lead with 5 minutes, 30 seconds left in the quarter.
(Webmaster’s note: The Roman Catholic vs Bonner-Prendie game was our Game-of-the-Week and can be heard on our Archives link on the left hand side of the page.)