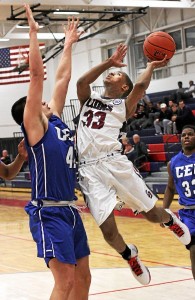 The Eagles jumped out to a 26-14 halftime lead and never looked back. Zakee Griffin led the Lions (0-4 Catholic League) with 15 points.