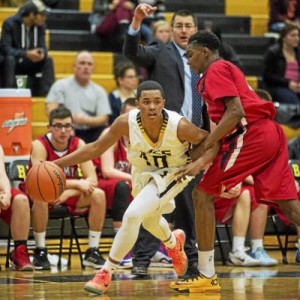 The shooting stats for Shawn Alston Friday night weren’t all that pretty. But when it mattered most, Alston was the man for Haverford School.

Alston hit a pair of 3-pointers in the final minute — one to drag the Fords to within a point of Imhotep in a game they trailed most of the fourth quarter, then one with 11 seconds left to put the Fords head for good in a 73-69 nonleague win.

The made shots dressed up an otherwise difficult night shooting for Alston, who was 4-for-19 from the field. But he did the job at the line, converting 20 of 22 trips to the charity stripe. He added eight rebounds and eight steals for the Fords (3-0).

Lamar Stevens added 19 points, and Cameron Reddish chipped in 22 for the Fords.

(click on this link for more game scores and stories)